And we thought the baby killing was coming to a close. Psych. 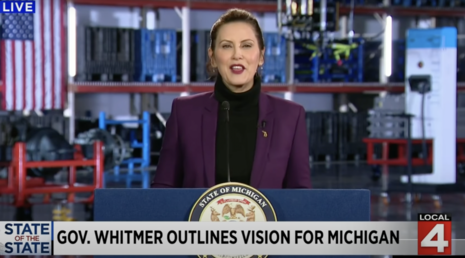 Governor Gretchen Whitmer (D-Mich.) announced an executive order to help women abort their babies illegally without consequences for the abortionist. With Roe likely being overturned this summer, lefty leaders are loosing their shi** trying to make sure babies can still be killed.

Fox 2 reported Thursday that “The directive orders any departments ‘not to cooperate’ with authorities of any state investigating someone for ‘obtaining, providing, or assisting someone else to provide reproductive healthcare that is legal where the health care is provided."

If and when Roe is overturned, many states will or have set travel bans for abortions. If a woman resides in a state where abortion is illegal but then travels to a baby killing state to obtain an abortion, she and whoever performs/assists with the abortion could be charged legally. But in Michigan, the governor and her posse of anti-lifer’s are encouraging agencies and departments to keep it a secret and lie to authorities when they investigate about illegal abortions.

I guess I missed the memo where it became socially acceptable for people to lie to authorities regarding anything at all, never mind murder. So instead, let’s just make killing babies as easy as possible by bypassing the law.

It’s ironic that Whitmer works for the Michigan government and is encouraging her state to break the law.

Murderers should be punished. End of story. But apparently justice and law and order are foreign concepts for the brainwashed left who really just want to find any and every way to kill innocent babies.

Whitmer wants the Michigan Supreme Court to rule that the 1931 law (still enacted) that criminalizes abortion is unconstitutional. If the court obliges her, abortion will be legal in Michigan regardless of the U.S. Supreme Court ruling this summer.

The last thing we need this week is more innocent children dead but Michigan doesn’t seem to care about that at all.