Not a fan of the new Lord of the Rings TV series? Well then, you might just be a racist or a bigot according to some on the left. 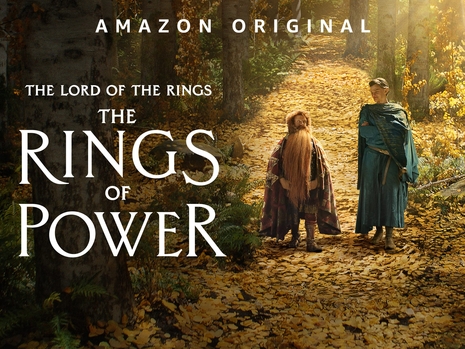 Apparently, you can’t give an honest review about Amazon’s The Lord of the Rings: The Rings of Power without being called a racist or bigot because of Middle-earth’s new more "diverse and gender-balanced characters."

You see, movies and shows that have the right amount of diversity appear to be off limits when it comes to critiques about the quality and content, or at least that’s what it seems like these days.

Media outlets and leftists on social media have had a lot to say about those who aren't gushing over the new series.

“How would you feel is Leonardo DiCaprio played Black Panther?!”

Intellectual dishonesty from racist lord of the rings fans trying to justify their anger over Black people existing in a fantasy world with dragons and orcs. #RingsOfPower

They can suspend disbelief for all the magical creatures and supernatural powers, but Black actors in the Lord of the Rings prequel are a bridge too far? Tell me you’re racist without telling me you’re racist

So what some J.R.R Tolkien fans were concerned about was whether or not the new series on Prime Video would respect the integrity of his legendary work. Which is a legitimate concern considering many of us have noticed how Hollywood producers tend to ruin sequels and remakes when they focus on skin color and woke messages rather than the story and production value, among other things.

With that being said, the first two episodes were released on Prime Video on Thursday, September 1, just in time for Labor Day weekend.

But the release of the episodes clearly didn’t get the reaction and reviews Amazon was hoping for. So much so that Amazon halted reviews to prevent trolling. According to the Hollywood Reporter an Amazon source told it that reviews are being held for 72 hours to "help weed out trolls and to ensure each review is legitimate."

It’s very possible that this is a sincere effort to combat internet trolls, but this also could just be a ploy by Amazon to hide bad reviews.

Now over at Rotten Tomatoes the situation isn’t much better for Amazon, as The Rings of Power has an average audience score of 39 percent, which is rather interesting considering the TV critics gave it a score of 85 Percent.

As for what some viewers aren’t liking about the show? Well, the reviews and responses on social media vary.

For example Tesla CEO Elon Musk took to Twitter to share his thoughts on the male characters, and it wasn’t flattering at all.

Almost every male character so far is a coward, a jerk or both. Only Galadriel is brave, smart and nice.

He went on to guess how Tolkien would feel about the new series if he were alive to watch it.

I attended the premiere of the @LOTRonPrime last night at the @TolkienSociety conference. While the visual spectacle was tremendous, I found the dialogue, plotting, & characters generally disappointing. The one outstanding exception was the Dwarven music. https://t.co/ixKmv6Pusl

Others like Outkick’s David Hookstead simply called it ‘unwatchable,’ admitting that he didn’t make it through the new episodes.

Made it an episode and a half. It’s unwatchable.

These were just a few examples, if you go through social media and read the reviews you will find that the majority of people didn't actually take issue with the new diverse characters. Those who weighed in were complaining a lot about the plot, the dialogue, the special effects, the list goes on.

Either way, the series drew more that 25 million viewers according to Amazon, making it the biggest premiere in the history of Prime Video.

The question now is: will the series pay off? As taking the audience to Middle-earth did not come cheap, Amazon’s final tab for the series will purportedly hit around a billion dollars.