At first, he wanted to punch him in the face. Now he’s content with name calling. 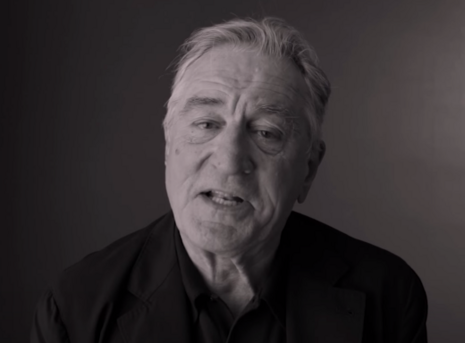 According to Yahoo Entertainment, prolific film actor Robert De Niro stated, “And compared to what we have in the White House now, what we have to deal with, a criminal who will stop at nothing, do anything to win.”

De Niro is famous for his masterful performances as mobsters in movies. But with all his experience acting as a gangster, he makes the mistake of identifying Trump as a criminal?

He then went on to say, “We can’t let this go further, get another four years? We’re into--into facism American style, period.”

If this is a fascist country, where are the paramilitary organizations? Why hasn’t Trump proclaimed himself dictator? Could it be perhaps because he believes in democracy?

De Niro rambled on arbitrarily, calling Trump “small-minded” and criticizing Trump’s cabinet. “It’s the people around him who enable him and make this situation what it potentially could be, quite dangerous for all of us.” Right. Trump is now more dangerous than the average BLM protestor in Portland. Let's wrap our heads around that.

As for people planning to vote for Trump? “It’s a cult. And it is. And they don’t care what this person does.”

De Niro is understandably disturbed by the secretive conservative cults that rip apart babies as sacrifices for their cruel agenda. No wait, that’s Planned Parenthood, the left wing’s favorite exterminator. The point is, maybe Trump is morally more competent than a gaffe-prone Delawarean who likes to bully nuns.

De Niro also envisioned grim consequences for a 2020 Trump victory. “I mean, we would survive. But it would be irreparable damage.” Yes, I can’t even imagine the enormous destruction Democrat voters will inflict on America should Trump win the election.

How did de Niro come to these conclusions? To quote a character of his from the film Casino, “Don’t ask.”