On Wednesday, Filipino soldiers discovered seventeen bodies of civilians – five of them reportedly decapitated -- the latest in a string of casualties in the embattled town of Marawi. But the nets didn’t report the news; in fact, although the ISIS-inspired terrorism gripping Marawi – and targeted especially at Christians – began five weeks ago, the network news shows have spent a total of only 25 seconds on the ongoing conflict there.

While the number of Marawi’s Maute militants, members of a group loyal to ISIS, have been reduced to less than 200, their acts of violence are vicious as ever. 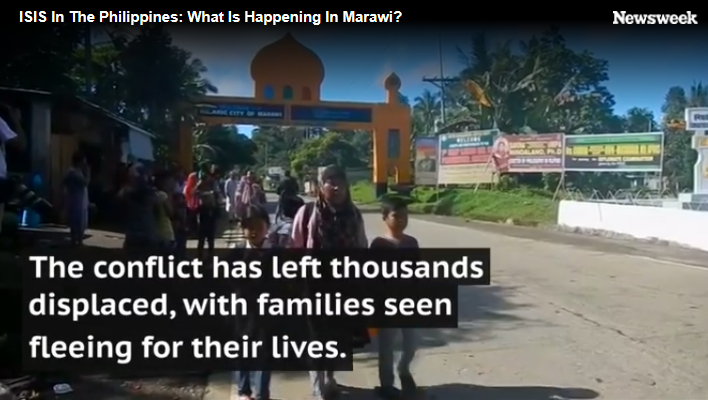 “The recovered cadavers are believed to be among those civilians who were helplessly murdered by the Maute and Abu Sayyaf terrorists,” a Filipino Army leader reported, according to The New York Times. “This is a manifestation of their brutality. They killed these innocent civilians in cold blood.”

The Maute group also captured a Catholic priest and dozens of others one month ago. While Filipino forces struggle to gain control of Marawi, they remain hostages – some forced to convert to Islam or married off as sex slaves.

But the news is not all bad. As a ray of hope in an otherwise bleak situation, sympathetic Muslims have housed Christians, disguised them in hijabs and risked their own safety to hide them.

According to The Manila Times, the Maute terrorists expressed the distinct intent to murder non-Muslims in an attempt to establish an Islamic Caliphate on the island of Mindanao.

The targeting of Christians and the alarming spread of ISIS and its allegiants to other regions of the globe beyond the Middle East is deserving of broader news coverage, but more than five weeks after the crisis began, the big three networks aren’t delivering.