While feminist media continue to lament the so-called “war on women” in America, the real war is happening abroad – especially in ISIS-controlled regions of the Middle East.

In one of the most horrific examples of the terrorist group’s violence yet, a starving Yazidi woman was held captive without food for three days, before being offered a plate of rice and meat. After consuming the meal, she was informed that had just eaten the flesh of her one-year-old son, who had also been captured by the militants.

In another example of ISIS brutality targeted toward women, a ten-year-old girl was raped to death in front of her father and sisters. 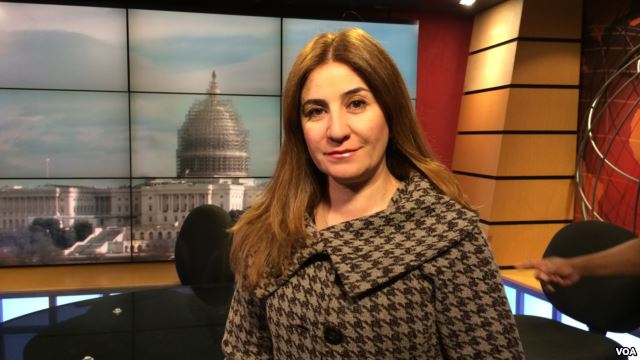 The appalling news was reported by Vian Dakhil, one of the two Yazidi members of Iraq’s parliament and a woman who has worked tirelessly to advocate for her oppressed people. As an educated, determined female and a practitioner of a religious minority, Dakhil is at the top of the ISIS hit list.

“I am now their most wanted woman,” she told human rights writer Abigail Haworth. “They hate professional, educated women. They hate me especially because I am speaking out and trying to rescue my sisters.”

When a group of 30,000 Yazidi families were forced to take refuge on Mount Sinjar, languishing without food and water, and awaiting their deaths at the hands of ISIS, Dakhil delivered an impassioned speech in the Iraqi Parliament.

“Mr. Speaker, we are being slaughtered under the banner of ‘There is No God But Allah,’” she exclaimed passionately. “There is now a campaign of genocide being waged on the Yazidi constituent … There have been 72 genocide campaigns on the Yazidis, and now it is being repeated in the 21st century.”

“An entire religion is being exterminated from the face of the Earth,” she declared, shortly before collapsing in grief.

Her words made an impact. They instigated an Iraqi airstrike initiative against ISIS and helped pave the way for airdrops of supplies. President Obama even pledged American aid.

But in 2015, Haworth reported, the Yazidis had dropped from the news cycle. That’s also the case in 2017, even though there are still more than 2,500 women and female children who have been kidnapped, raped and forcibly married to ISIS members.

For example, while feminist media covered the news of speakers like comedian Samantha Bee and politician Hillary Clinton at a recent women’s conference, they paid slight attention to Yazidi activists who addressed the plight of women enslaved, raped and tortured by ISIS.

If feminists want to address the gravest matters facing women today, they need to look outward.

As Yazidi activist Hader Elias told MRC Culture in May, “The real war on women is taking place in Middle East.”

“I say to those advocates of women in United States and supporting the women’s rights and empowering women,” he continued, “to also support those Yazidis and Christian women, because they are also women.”