History repeats itself. And, today, it’s playing out in the “parallels” between the Middle East and Armenian Genocides.

According to one former U.S. ambassador to Armenia, the ISIS genocide against Christians and Yazidis in the Middle East is strikingly similar to that which Armenians faced over a century ago.

Speaking at a Washington, D.C. panel celebrating 25 years of post-Soviet U.S.-Armenian relations, Ambassador John Evans (serving 2004 - 2006) joined several other Armenian and American diplomats at the Carnegie Endowment for International Peace to weigh in on a variety of issues important to the two countries.

Following the talk, MRC Culture asked Ambassador Evans about the likeness between the 1915 Armenian Genocide and the modern-day atrocities facing religious minorities at the hand of ISIS.

“Unfortunately, I do see parallels,” Evans commented. “I mean, first of all, it’s ironically happening in almost the same areas of the Middle East.”

During the Armenian Genocide, the Ottoman government made a concerted effort to exterminate all Armenians. Roughly 1.5 million men, women and children were murdered, raped, deported in fatal marches or sent to death camps. Prior to this, Armenians were treated as second-class citizens to their Muslim Ottoman counterparts in the Turkish Empire -- a situation which many Iraqi Christians face now.

But the genocide perpetrators have more than killing in common.

A group of the persecuted Armenians fled to Aleppo, Syria to begin new lives, but, in a cruel twist of fate, a contingent of their descendents have now been forced to flee -- some of them, back to Armenia -- because of ISIS raids. Even worse, the Turkish army has colluded with ISIS to target Armenian sites, including the Genocide Memorial, which the terrorist group bombed in September 2014, and the Armenian town of Kessab, sacked by ISIS in March of the same year. 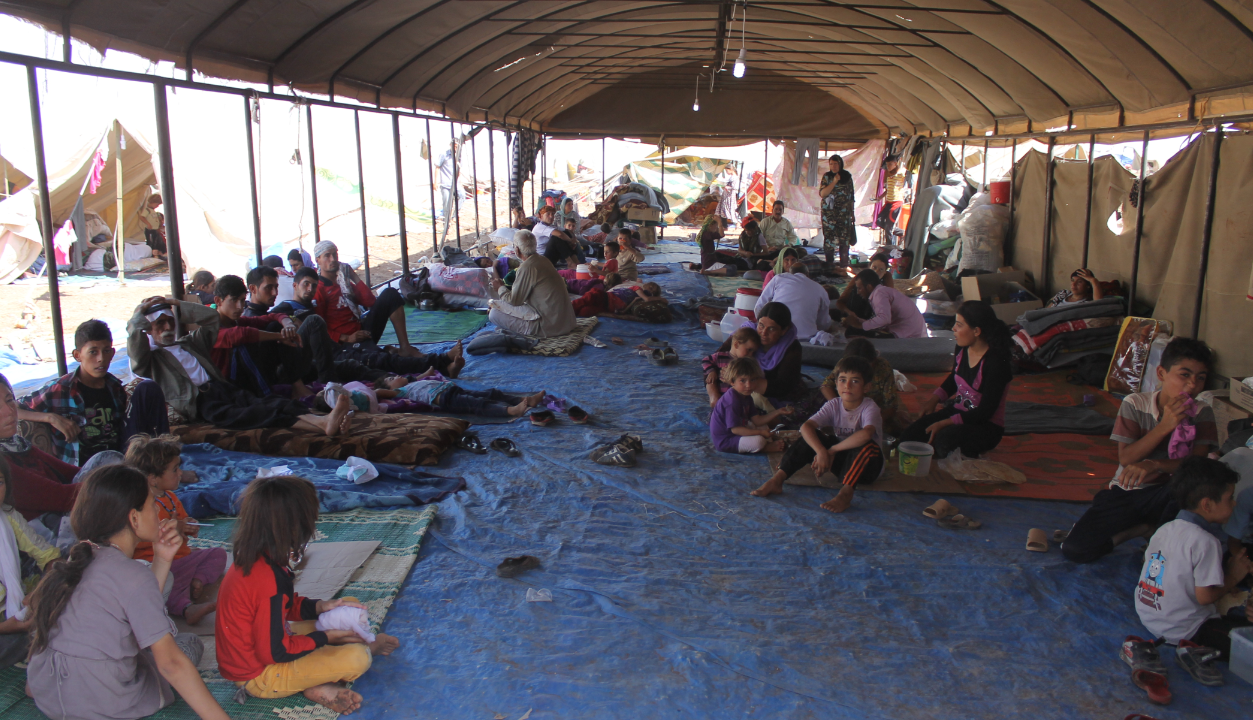 Even while they rebuke genocide, foreign governments face complications in holding perpetrators accountable.

“Genocidal actions tend to take place in times of war,” Ambassador Evans stressed. “So when there’s a war going on and passions are aroused, it’s very easy for unscrupulous people to cause these things to happen. And it’s very difficult for the outside world to stop them.”

Although the Obama Administration long deliberated over whether to use the "g-word" in describing the atrocities facing Christians and Yazidis in the Middle East, the State Department under John Kerry finally called it what it was. In the current administration, both President Trump and Vice President Mike Pence have condemned ISIS for genocide.

Even still, the lack of awareness of the atrocities facing this group is alarming, and mirrors the world’s broad ignorance of what happened to Armenians so many years ago.

Turkey continues to deny the Armenian Genocide and the United States has never officially recognized it. While former President Obama promised to call the massacre a “genocide,” he never did. Ambassador Evans, on the other hand, bucked State Department convention and called it by name.

“I felt that something had to be done to rock the boat,” he told LA Times reporter Matt Welch, “and to open up some space around this taboo subject, which in the State Department was routinely referred to as ‘the G-word.’”

As a result, Ambassador Evans was “eased out” of his position. “I was basically asked to go ahead and retire,” he added. “The problem for me was we couldn't talk about [the genocide].”

What may be worse is that many Americans have never even heard of it. That lack of knowledge is frightening, as it helps to pave the way for future disasters. In 1939, Adolf Hitler noted the world’s waning remembrance when he declared: "Who, after all, speaks today of the annihilation of the Armenians?" 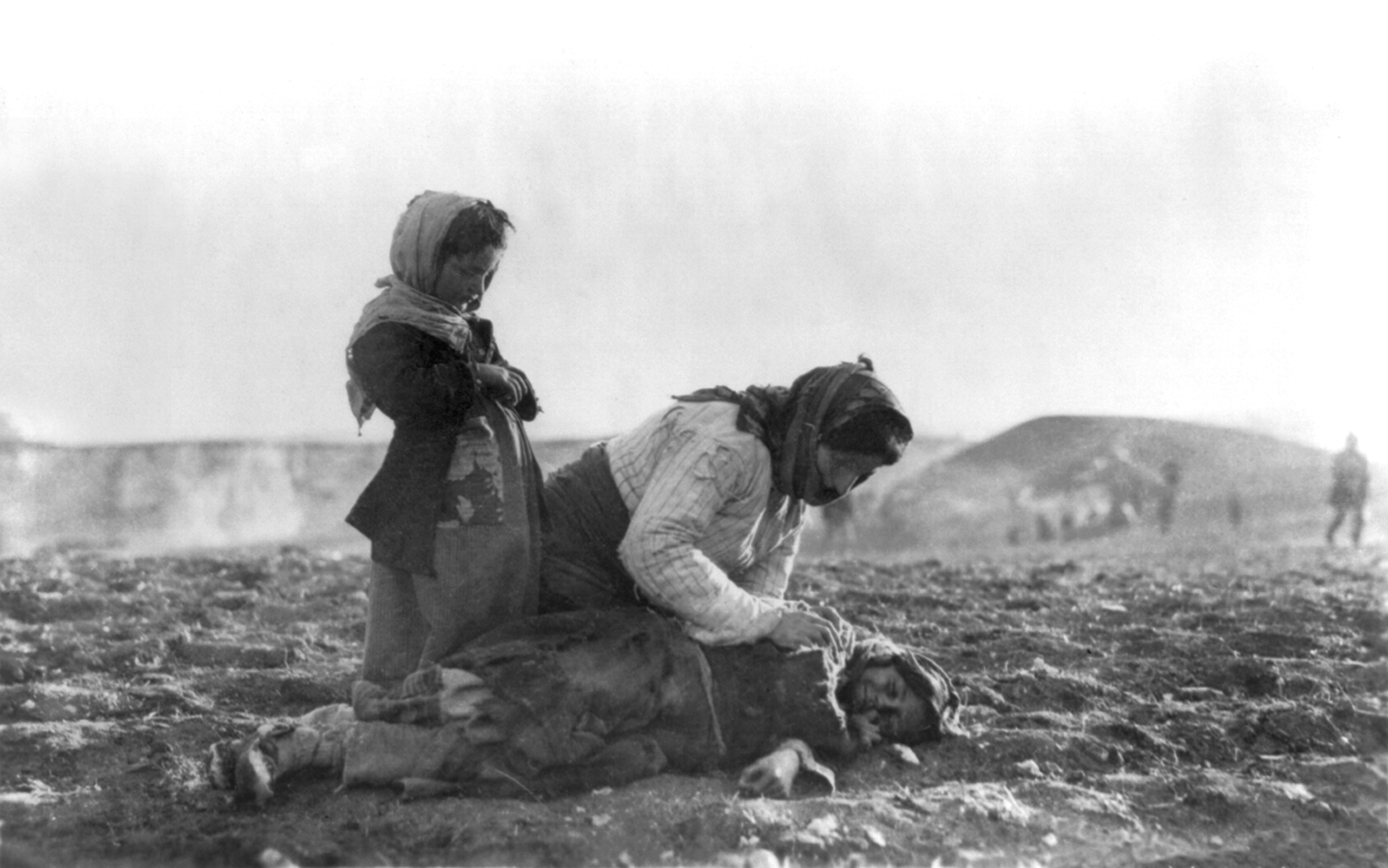 The New York Times did not use the phrase “Armenian Genocide” until 2004 -- more than 85 years after it began. And since ISIS began to exterminate Christians and Yazidis, the big three broadcast news network shows have been similarly reticent to use the word “genocide.”

Although Ambassador Evans agreed that awareness was sorely lacking, he also believed the situation has improved thanks to actions taken by the Catholic Church.

“I think the awareness has grown to a some extent through the efforts of the Holy Father in Rome and others who have pointed out, including the Armenian organizations here in Washington, that Christians again, and Yazidis, are becoming the victims of what I would have to call are genocidal efforts,” he concluded.

According to Open Doors USA, on average per month 322 Christians are martyred for their faith, 214 “churches and Christian properties are destroyed” and 772 “forms of violence are committed against Christians (e.g., beatings, abductions, rapes, arrests and forced marriages).”

If only the broadcast network news shows from ABC, CBS and NBC would call the persecution abroad for what it is: genocide.

Earlier this year, the networks covered the Egypt Palm Sunday bombings, for which ISIS claimed responsibility, nine times – without using the word “genocide” once. Similarly, last year, the networks refrained from using “genocide” following an Easter bombing in Pakistan targeting Christians – as well as in other reports of Christian persecution.

Last August, the MRC found that, in the past two-and-half years, the evening news shows reported on the persecution of Christians in the Middle East, Africa and South Asia only 60 times. And of those 60 reports, just six used the word “genocide.”

All this as even the U.S. government acknowledges a genocide by ISIS. Last year, Secretary of State John Kerry declared that, “in my judgment, Daesh is responsible for genocide against groups in areas under its control, including Yezidis, Christians, and Shia Muslims.”

According to a 1948 United Nations document, genocide “means any of the following acts committed with intent to destroy, in whole or in part, a national, ethnical, racial or religious group” including killing, causing serious physical or mental harm, preventing births and kidnapping children.