While the news networks honed in on Thursday’s Comey hearings, none mentioned a UN report revealing alarming spikes in civilian deaths in Mosul, Iraq. 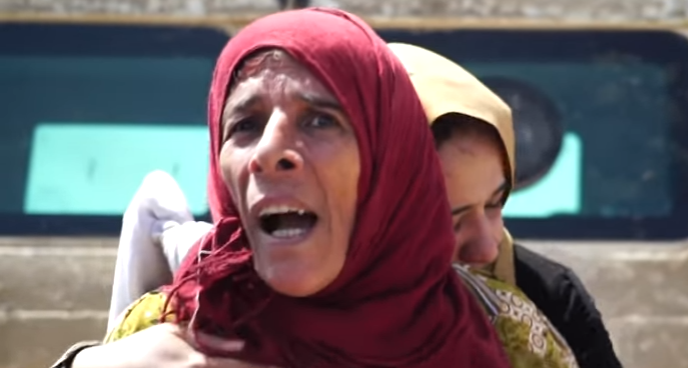 According to the BBC, the past two weeks have been bloody ones in the ISIS-controlled city. Although Iraqi forces have been able to recapture Mosul’s eastern section, nearly 1,000 ISIS militants and 100,000 civilians remain in the west.

While attempting escape, many of the latter have been shot down and used as human shields by ISIS snipers. Since May 26, 231 civilians were murdered in what the UN called a “significant escalation of such killings.” 204 of those individuals were killed within a span of three days.

In a statement on the horrific news, UN High Commissioner for Human Rights Zeid Raad al-Hussein censured the ruthlessness of the radicals.

"Shooting children as they try to run to safety with their families - there are no words of condemnation strong enough for such despicable acts," he stressed.

"I call on the Iraqi authorities to ensure that those who are responsible for these horrors are held accountable and brought to justice in line with international human rights laws and standards,” he continued. “The victims of such terrible crimes must not be forgotten."

For its part, the United States is working to answer this very call through the Iraq and Syria Genocide Emergency Relief and Accountability Act (H.R. 390).

Introduced by Rep. Chris Smith (R-NJ), the resolution seeks to “provide for emergency relief to victims of genocide, crimes against humanity and war crimes in Iraq and Syria,” and further “to provide accountability for perpetrators of these crimes.”

Passed unanimously by the House on Tuesday, H.R. 390 predominantly focuses on bringing aid to the Christians, Yazidis and other displaced faith minorities being particularly targeted by ISIS.

Many of the evacuees in Iraq and Syria who have not been able to flee the country are classified as Internally Displaced Persons (IDPs). They have no special legal status under international law and are especially vulnerable.

While many rely on private aid, H.R. 390 seeks to appropriate federal money to aid the displaced communities particularly at risk because of their faith.

Many Americans are doing what they can to assist the victims of ISIS assaults – through donations, aid work or like the Eubank family, moving in to help. Even as many Iraqis sought to escape the danger and turmoil of Mosul, the Christian family of five made the beleaguered city their new home.

While Karen Eubank homeschools her three children and helps Iraqis in the community, David Eubank works to evacuate families from sniper fire.

Although the situation in Mosul is the worst they’ve experienced, the Eubanks are no strangers to war and turmoil. They’ve spent years helping victims in Burma, Sudan and Syria.

When asked why his family does what they do, David expressed great empathy for the people of Mosul.

“They’ve been shelled, shot at, they’ve grown up like this,” he told Morris. “Our deal is that if there’s another family there, we can be there. Americans aren’t worth more than anyone else.”