They hinted that it wouldn’t be political… yeah right. 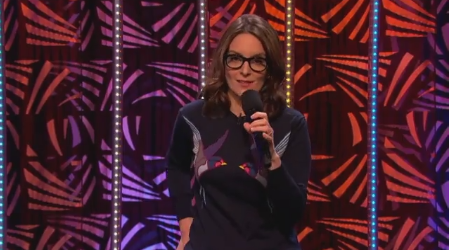 On the evening of March 31, a gaggle of progressive Hollywood celebrities gathered in New York for the ACLU’s “Stand for Rights” benefit telethon. The event’s Facebook description explained that the actors, musicians and comedians would do “what they do best” – not “speaking earnestly about politics,” but rather “entertaining for a great cause.”

Nevertheless, the three-and-a-half hour event was far more political than the Oscars. Between comedy sketches, donation pleas and musical performances, blue-ribbon bedecked stars made spiels about a plethora of progressive topics.

Actor Colin Jost gave a tongue-in-cheek lesson on protest signage, and the “the right and wrong way to make a lasting impression at your next march,” while actress Tina Fey harped on the “gender pay gap,” women’s rights and the cursed white female Trump voter. 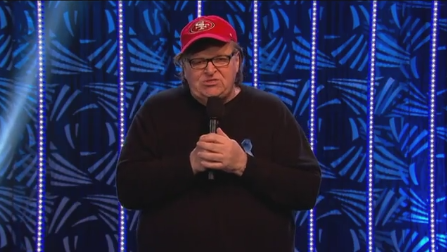 “A lot of this election was turned by kinda white college-educated women who would now maybe like to forget about this election and go back to watching HGTV,” Fey said in a conversation with New York Liberties Union director Donna Lieberman. “I would want to urge them to like ‘You can't look away.’ Because it doesn't affect you this minute but it's going to affect you eventually.”

One featured video highlighted the story of a 13-year-old rape victim who attempted to get an abortion after 20 weeks, but was turned away because of a staffing shortage at the Texas clinic she visited. Clearly, the ACLU sought to tug heartstrings with an interview of the clinic doctor, who amidst tears, lamented having to “sentence” the teen to “parenthood.” There was no mention of adoption as a natural way to preclude any further violence in the already traumatic situation.

On the subject of women’s rights, Lieberman was intense. “The core of our democracy has now been called into question,” she declared.

Alec Baldwin, Cecily Strong, Uzo Aduba and Maggie Gyllenhaal were among other celebrities who spoke and pled for donations, while Late Night host Seth Meyers shilled snarkily for the ACLU.

“Not only do they defend our voting rights and our civil liberties,” he cracked, “but now they have to protect us from cameras Obama put in our microwaves.”