Ben-Hur: when missing a golden opportunity for a gay love twist hurts worse than losing a chariot race.

Turns out not everyone is pleased with the platonic relationship between Ben-Hur and Messala in Timur Bekmambetov’s upcoming remake of the epic classic. According to Advocate contributor Daniel Reynolds, 1959 Ben Hur screenplay contributor and “godfather of gay literature” Gore Vidal would be “turning over in his grave” at the travesty. 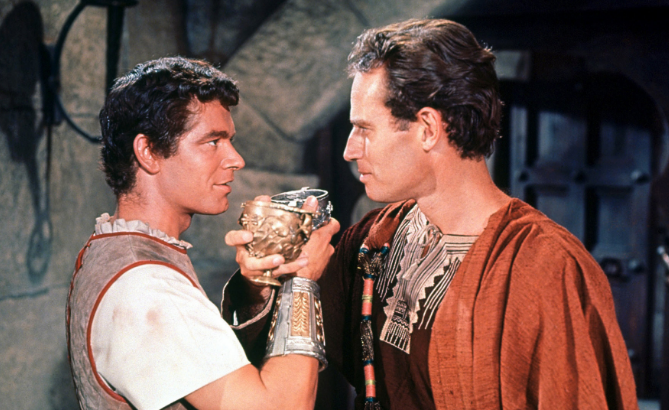 In his 1995 documentary The Celluloid Closet, Vidal shocked viewers by revealing the gay sub-plot that he had supposedly interwoven into Ben-Hur (a sub-plot that was noticeably absent in Lew Wallace’s 1880 novel and which Charlton Heston called “ludicrous”). Deeming the original script “hopeless,” Vidal explained that he had convinced producer Sam Zimbalist to add a homoerotic twist—but the two agreed not to tell Heston.

“The only way one could justify several hours of hatred between two lads—and all those horses—was to establish, without saying so in words, an affair between them as boys,” he revealed in the documentary. “Then, when reunited at picture's start, the Roman, played by Stephen Boyd, wants to pick up where they left off and the Jew, Heston, spurns him.”

Yahoo! Movies writer Gwynne Watkins seemed on board, encouraging readers to watch a scene from the original movie entitled “The Loyalty of Old Friends.” “Entwined goblets never looked so cozy,” she opined. Vanity Fair's Joanna Robinson penned a balanced article about the gay debate. In it, she quoted the new Ben Hur film's screenwriter Keith Clarke, who weighed in: “How can you not watch the ‘59 version, and hear Gore Vidal say what he said, and then look at the hugging, and the way Messala in that movie just looked at Judah? It’s like, yes, there was something else going on other than, ‘Hey, buddy. I’m back from the war.’” Hate to break it to you, Mr. Clarke, but I'm confident this idea never crossed many viewers’ minds.

So why, in this most LGBT-friendly era of all time, was the alleged gay subtext excluded from the remake? According to Clarke, Warner Bros. owned the rights to the 1959 film and the homoerotic element was the intellectual property of that studio. "I had to go back to the source material, so anything that’s in the 59 version that is not in the book I could not use,” he explained. Furthermore, according to Toby Kebbell who plays Messala, LGBT people don’t need the same “voice” that they did in the 1950s. “It’s a different time, thankfully,” the British actor told the U.K. Press Association. 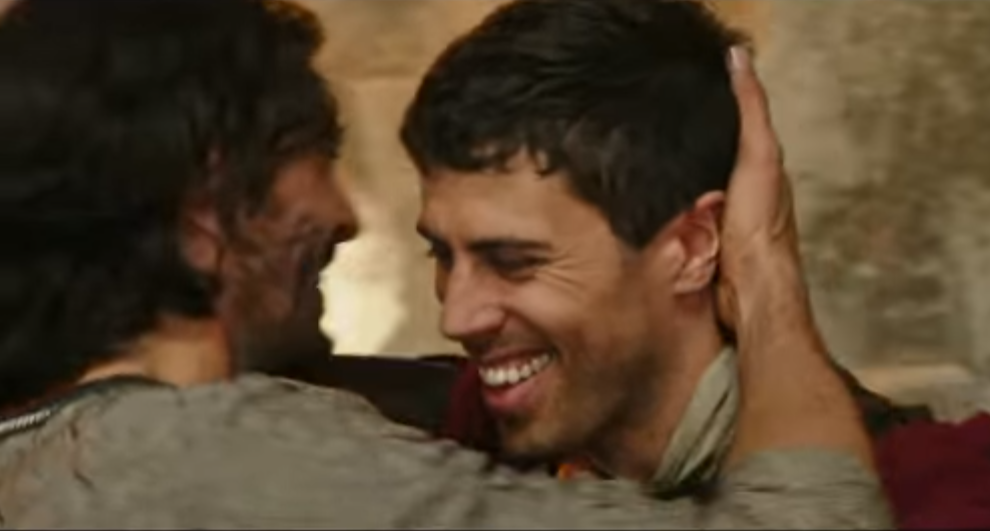 However, Reynolds disagreed. In an article entitled “Ben-Hur’s Gay Subtext is Needed Now More Than Ever,” he partly pegged the film’s “dismal rating of 33 percent” on its utter lack of homosexual passion. “While the film's gay erasure cannot be wholly responsible for this critical failure, such a verdict of blandness could have been avoided by rekindling the hot tension between its two leads, which helped launch the original to the pantheon of classics,” he concluded.

Reynolds went on to address the continuing need for more LGBT characters and themes in blockbuster films, writing that “LGBT representation is nearly absent from big studio movies.” He also cited statistics about countries that outlaw gay relationships, urging the movie industry not to be complacent with the strides it has already made.

Here’s my take on it: I’ll never be able to watch the Heston classic with the innocent eyes of youth again. Thanks for that, Mr. Vidal.