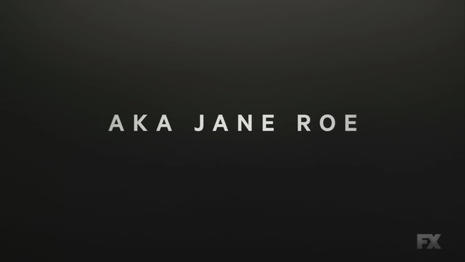 Even before FX aired AKA Jane Roe, on May 22, the media quickly jumped on a “deathbed confession” from Norma McCorvey, the plaintiff in Roe v. Wade. In the documentary, McCorvey claimed that she was paid and coached by the pro-life movement to convert to their side.

Live Action News pointed out that the documentary was heavily edited. The producers of the film also have pro-abortion ties. Director Nick Sweeney is “best known for directing a U.K. TV series about transgender kids, Born in the Wrong Body.” It should be taken with more than a grain of salt.

McCorvey’s difficult life is detailed in the documentary. Viewers have to make the connection for themselves, however, as to how the abortion movement took advantage of these circumstances and used her.

She initially sought to get an illegal abortion at an underground facility (though today’s abortion facilities are hardly the bastion of safety.) She ended up placing her baby for adoption. When speaking to an adoption attorney, she was directed to Sarah Weddington and Laura Coffey who ended up bringing Roe v. Wade to the U.S. Supreme Court to strike down a Texas abortion law. Clips naturally portray Weddington as an eloquent and heroic young woman.

After the court case, the pro-abortion movement hardly had use for McCorvey, especially after she admitted she lied about being raped, instead showcasing celebrities. Abortion counselor Charlotte Taft confirms:

McCorvey: The pro-choice people, they never gave me an opportunity, you know? They just… ‘well, no, she can’t speak.’ What?

Taft: She was not the poster girl that would have been helpful to the pro-choice movement. However, an articulate, educated person could not have been the plaintiff in Roe v. Wade.

Morgan Fairchild [Clip at rally]: The battle is not over today.

Valerie Harper [Clip at rally]: Abortion must be safe, legal, and and accessible.

Taft: After the rape thing, they didn’t feel like she would help protect Roe v. Wade, even if they wanted to do that. They were scared.

Gloria Allred: She felt that she had been denied the opportunity to be recognized, and be acknowledged.

McCorvey: Which really set me on fire. ‘I’ll do it now just to show you I can do it.'

Taft also mentions that McCorvey thought she was “a victim.” Except that she was, something the abortion movement can’t or won’t acknowledge their role in.

Even before she became pro-life, McCorvey implied feeling used:

I read about the decision in the paper like mostly everybody else did. My phone rang, it was Sarah and she said we won. And I said no Sarah, you won. She says, well I thought that maybe you would be excited. I said why would I be excited? I had a baby, then I gave her away. It’s for all the women to come after me.

On McCorvey’s pro-life conversion, Taft laments how bothered the abortion movement was, previously noting in the documentary that “oh, so what, it’s Norma”:

Taft: Part of what the anti-abortion movement had, which we did not have, was here, if you come here, you’re gonna be good, we’re the good ones, we’re the ones with God.

Younger Taft: I think she’s looking for something that feels like the answer. A vulnerable, impressionable person frankly is being exploited by very clever leaders. She’s looking for peace.

Taft: The leaders of the pro-choice movement were devastated and once more said see, we couldn’t trust her. I can imagine people, regular old people, reading the newspaper, seeing on television, thinking if Jane Roe is against abortion, it must be wrong.

Taft went on, "It was not just a comeback, it was a comeback with such adulation, because the antis were so thrilled… It’s hard for me to imagine how she came to terms with betrayal; it’s a betrayal that she did."

When shown McCorvey’s confession, Taft cries how “that really hurts,” and there are “just really big stakes.”

There are “big stakes” when it comes to the abortion issue, regardless of McCorvey’s role.

Viewers don’t receive fair coverage of pro-lifers or Christians from the documentary. The documentary focuses on one facet of the movement, through Evangelical preacher Flip Benham. What's presented is a one-sided view of Benham and of Evangelical Christianity. The kindness Benham showed McCorvey is glossed over and mocked.

On the other hand, Pastor Robert Schenck said in the documentary, “What we did to Norma, you lose your soul.” Schenck has renounced his previous pro-life views, claiming overturning Roe would lead to “chaos and pain” and that “to impose that kind of crisis on a woman is unthinkable.”

Nowhere are the lies from the abortion movement fully examined; pro-lifers are the bad guys.

The takeaway of the documentary ought to be how misleading and one-sided the abortion industry is, only further propagated by the pro-abortion media.