Media Laud Alabama's Forced Vasectomy Bill as a 'Clap Back' 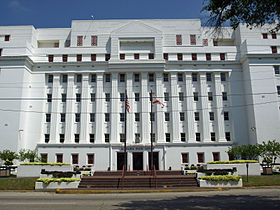 Last year, Alabama passed into law a ban on abortion, except when the mother's life is in danger. Democratic state Representative Rolanda Hollis, for one, wasn't too happy about her state seeking to protect life, even though the law was blocked by a federal judge. In response, she's introduced a bill requiring men to pay for their own vasectomy a month before turning 50, or after their third child, whichever comes first.

"The vasectomy bill is to help with the reproductive system, and yes, it is to neutralize the abortion ban bill ... it always takes two to tango," Hollis told AL.com. “We can’t put all the responsibility on women. Men need to be responsible also.”

According to The Huffington Post, Hollis views the vasectomy bill as "a symbolic one," and abortion laws as "similarly objectionable."

Mainstream media outlets are lauding Hollis and her bill, mostly because pro-life Senator Ted Cruz tweeted out a response, noting, "Yikes. A government big enough to give you everything is big enough to take everything...literally!"

Tanya A. Christian for Essence was all too happy to hail the bill, writing "Alabama Lawmaker Claps Back At Abortion Ban With Mandatory Vasectomy Bill." In case Christian's views on the bill weren't clear enough, she began her article by writing:

One Democratic lawmaker has had enough of male legislators telling women what they can and cannot do with their body. Last week, Congresswoman Rolanda Hollis introduced a measure that would give men an opportunity to see what it feels like.

Richard Luscombe wrote, "Ted Cruz criticizes vasectomy bill, exposing his hypocrisy on reproduction rights" for The Guardian. Luscombe claimed that with the tweet, Cruz "expos[ed] his apparent hypocrisy over reproductive legislation at the same time."

Carter Sherman wrote for Vice how "Ted Cruz Is Not a Fan of the Government Telling Men What to Do With Their Bodies."

In "Responding to Alabama’s Abortion Ban, a State Representative Introduced a Bill Requiring Vasectomies for Men at Age 50" for Glamour, Abby Gardner gushed how Cruz was "summarily mocked for his hypocrisy, given his support of limiting women’s reproductive rights." In conclusion, Gardner wrote, "Cruz, unsurprisingly, has not responded to those calling out his double standard. Meanwhile, the assault on women’s reproductive rights continues."

Why should Cruz's opinion on abortion, which intentionally takes the life of an unborn child already conceived and developing, matter? It shouldn't. A vasectomy is a form of sterilization and the United States is now rightfully against forced sterilization, especially with its sordid past experience. It's not a "double standard" or "hypocrisy." Those who say so are ignorant about basic biology, as a vasectomy involves blocking sperm which has not yet been fertilized by an egg, and, if not fertilized by an egg, will not become an unborn child. It's not that complicated, yet it's also not surprising the liberals and the mainstream media do not get it.