'It's Always Sunny in Philadelphia' Blasts Gendered Bathrooms as 'Antiquated' 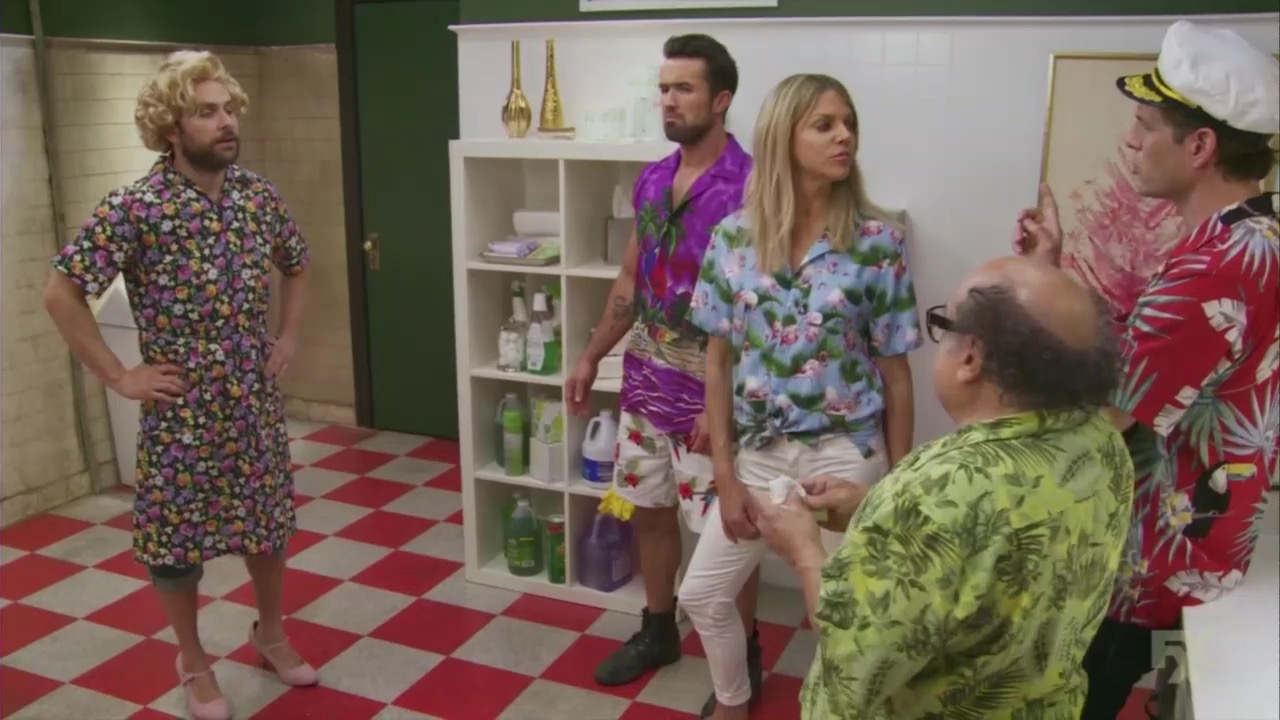 Gender neutral bathrooms get a spotlight in Wednesday’s It’s Always Sunny in Philadelphia, titled "The Gang Solves the Bathroom Problem." The left loves the idea of gender neutral bathrooms, disregarding the safety and privacy of women. It's Always Sunny highlights all of the liberal left's talking points, illustrating them to absurdity but then ultimately coming down on the side of letting people choose which bathroom they want to use.

It all starts when Mac McDonald (Rob McElhenney), a gay man, decides to use the woman’s bathroom and Dee Reynolds (Kaitlin Olson) is not happy about it.

Dee - Were you in the women’s room? Well, don’t do that. Don’t use my bathroom.

Dee - ‘Cause its my bathroom, and you’re a man.

Mac - Well now, as a gay man, I just feel more comfortable in the ladies’ room.

Dee - Oh come one, with the gay thing again. Like, look, it makes me uncomfortable that you’re in there using my bathroom. How about that?

This sets off a conversation about gender neutral bathrooms that ends in them believing that separate bathrooms for each gender doesn’t matter.

Mac thinks that, because he’s gay he should get to use the women’s bathroom because he “feel[s] more comfortable around women,” since they “both likes dudes” and “both find women’s bodies disgusting so there's no hanky-panky.”

At first Dee says that she would feel more comfortable not having men in the woman’s restroom but she quickly changes her tune when the topic of transgenders comes up.

Mac - Would you let a trans woman go in there?

Charlie Kelly (Charlie Day) reveals that he feels more comfortable going to the bathroom in a wig, dress and heels so he wears those while going to the women’s restroom. Dee becomes disgusted when she finds out that Charlie had been using her bathroom the entire time. Dennis Reynolds (Glenn Howerton) points out her inconsistency.

Dennis - You see, Dee, you did mention moments ago that you would be comfortable having a transgender woman use your bathroom.

Dennis - Well, no. He's-he's not transgender, but he identifies as a woman when he poops.

Dee - No. No. Goddamn it, you're only saying that 'cause my bathroom's nicer.

Dennis - No, no. I-I think, I think Mac is right. I think this system is antiquated.

They also managed to slip in “my body, my choice, it says so in the Constitution” when Dee mentions that they're taking away her right to choose when they overrule her on the bathroom.

With all the different identities and reasons people claim for their bathroom choice, the gang realizes, "When it comes down to it, we all identify very differently out here. You know? But in there... in there, we're not so different. In there, we're all the same. In there, we're all just disgusting, vulnerable, ashamed. Like a bunch of filthy animals dumping in a shithouse." Their solution? Putting a sign on the bathroom door with the label "Animal Shithouse."

Unfortunately gender neutral bathroom isn’t just something made up in a TV show. It’s increasingly becoming real life, in our schools, workplaces and shopping centers.