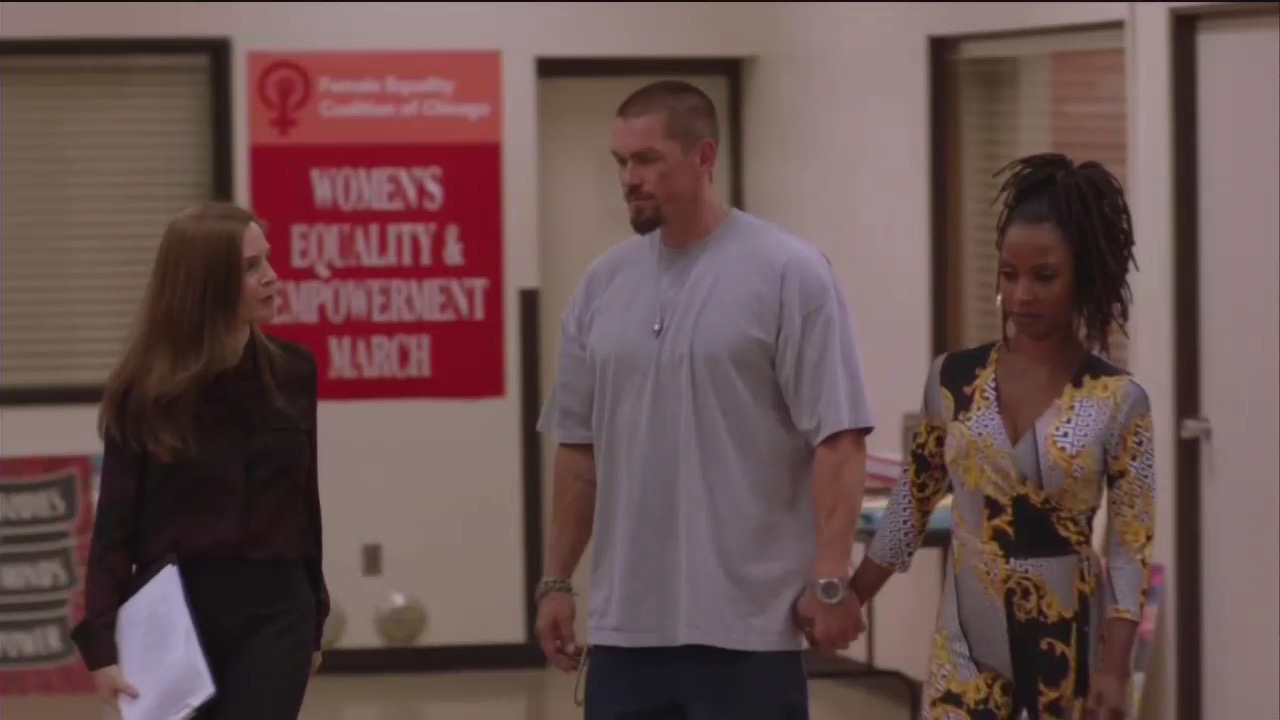 #MeToo is the major theme in Showtime's newest episode of Shameless, titled "Black-Haired Ginger," and men get a brutal tongue lashing.

Throughout this season, Kevin Ball (Steve Howey) has been trying to make his bar The Alibi Room more female friendly by doing things like calling it a “vagina safe zone.” This catches the attention of Alison de Marco (Shannon Lucio) from the "Women’s Equality and Empowerment March" who asks Kevin to make a speech for their next march.

When Kevin shows up to practice, Allison tells him that she’s “glad to have a man on board who understands the dangers we women face.” Kevin responds by saying he’s “honored to be a part of the sisterhood.”

Then all of the speakers practice their first and last line to make sure everyone has their cues for the march. This is where it gets interesting.

Woman 2 - I was sex-trafficked at the age of six.

Woman 3 - I was 13 when I was circumcised. I just want my clitoris back.

Alison - So, Kevin, when you hear ‘Fuck men. Fuck them up the ass. Fuck all of them,’ that’s when you go.

Back at the bar Kevin tells his buddies that they “should’ve heard these women’s stories. Rapes, beatings -- I had no idea.” His partner Veronica (Shanola Hampton) responded by saying, “If you had no idea, you’ve been walking around with blinders on. Do you know how many times a day a guy touches me inappropriately?” making it seem like it happens all the time when in reality the 1 in 5 woman gets raped statistic that the left tends to bring up is dead wrong. In reality, the U.S. Bureau of Justice Statistics make it more like 1 in 52.6.

Kevin decides to back out because “nothing I can say is gonna mean as much as what they have to say,” and he wants to “hug all women. All of them, everywhere I see them, to apologize.”

This is interestingly relevant now, especially after the Brett Kavanaugh hearing. Insinuating that all men are horrible and treat women poorly. Now, that's shameless!