Teen Magazines Are a Dangerous -- and Influential -- Sex Ed Teacher

What started as a harmless place for teenage girls to learn how to straighten hair, apply makeup and style a dress has transformed into a parent’s nightmare. Teen girls’  magazines are loading  their pages with left-wing propaganda and questionable sex advice. 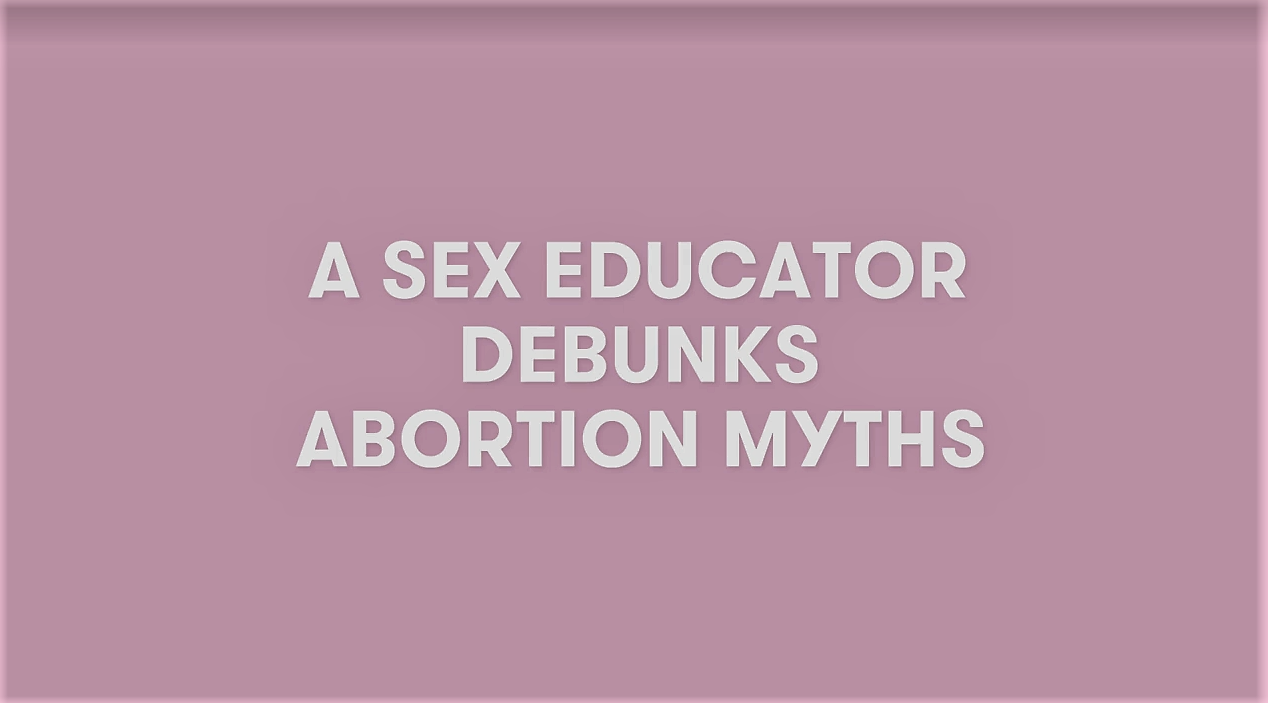 What is this young audience getting from these titles? From Teen Vogue’s Sexual Health and Gender Identity section girls can discover that abortion is funny and answer 20 questions about their first time having sex, which includes how to reach an orgasm. This isn’t a new trend; even as far back as 2009 Planned Parenthood was on Seventeen’s  list of teen birth control resources. These magazines push the organization as an expert; a search of Teen Vogue’s site for Planned Parenthood returns about 509 results.

Encouraging high schoolers to engage in sexual activity while giving them false information is harmful both to the teenager and to society. However, these magazines continue to teach dangerous sexual education.

Who should the target audience of statements like this be? “[A]fter an orgasm, your body releases prolactin, a hormone that makes you sleepy. If you’re not having those orgasms, sleep likely won’t come as easily for you.” 25? 29? Nope, it’s more like 17, according to these magazines.

According to brand owner Condé Nast, Teen Vogue is the “young person’s guide to saving the world” and its is  “providing resources for teens.” Throughout the years, the magazine has had controversial articles ranging from harmful sex advice to demonizing capitalism. In May 2018, parents were outraged over a graphic tutorial of anal sex. Instead of apologizing for the graphic nature of the piece, digital editorial director Phillip Picardi called the parents who complained homophobic. Also in May 2018, the magazine introduced young readers to Karl Marx, claiming that capitalism fostered violence by “stealing the land of Indigenous people and trafficking Africans through slavery.” The same story failed to mention the death and misery that inevitably result from Marx’s theories.

Simple searches can say a lot about these magazines’ priorities. On Teen Vogue’s website, the terms “Planned Parenthood” and “abortion” came up 27 times during 2018, including when the organization was cited as an expert or a story focused on the nation’s largest abortion provider. Comparatively, “abstinence” came up 13 times during 2018 – with each story dismissing it. One article even called abstinence, “an old-fashioned approach to sexual education that is proven to be ineffective at preventing sexual activity and pregnancy.”

This isn’t surprising after Planned Parenthood awarded Teen Vogue the 2015 PPFA Media Award for Youth Media and former president Cecile Richards was invited to speak at the Teen Vogue Summit: Turn Up in June 2018. Sex writer Vera Papisova thanked Richards for heading an organization that was, according to her, the “only place that would even email me back the same day when I needed expert quotes for a story.”

Between June 19 and July 19, Teen Vogue published eight articles that included the word “sex.” One of them referenced Planned Parenthood and another, written by the Executive Director of the National Network of Abortion Funds, encouraged readers to call their senators and support abortion funds by “becoming a member, having brave conversations about abortion, and sharing information about abortion funds online.”

On July 19, Teen Vogue taught young girls “Period Sex 101: Everything You Need to Know.” The story defined period sex as “any sexual activity — heavy petting, oral sex, penetration, etc. — while one or more of the participants are menstruating.” Then self-proclaimed sexologist Shan Boodram specified how to have sex and how a period may complicate things. Boodram claimed that blood “provides a lot of lubrication” which “makes sex messier” and told young readers to “decide how wet you wanna get” and “if you don’t mind the mess there should be no extra stress.”

This is contrary to a body of evidence from experts in their field who say that delaying teen sexual encounters has positive effects. Teen Vogue completely ignores this as it pushed its readers to try different things sexually. Heritage Foundation senior research fellow Robert Rector looked at the correlation between “Teenage Sexual Abstinence and Academic Achievement” to find that “teens who abstain from sex are less likely to be depressed and to attempt suicide; to experience STDs; to have children out-of-wedlock; and to live in poverty and welfare dependence as adults” and are “more likely to have stable and enduring marriages as adults.” He stressed teens who wait to have sex are “60 percent less likely to be expelled,” “50 percent less likely to dropout of high school,” and “almost twice as likely to graduate from college.”

Waiting to have sex until after high school affects the teen’s future, according to Christine Kim, a policy analyst at The Heritage Foundation. Through research, she found that “girls who become sexually active during early adolescence are three times as likely to become single mothers as those who remain abstinent throughout their teenage years.” Abstaining from sex until after the teen years helps to determine marital stability in years to come and, she urged,“among women in their thirties, those who were sexually active during early adolescence are half as likely to be in stable marriages as those who waited until their early twenties to have sex.”

Even Planned Parenthood, on its own website, says that “abstinence and outercourse are safe, effective, and free ways to prevent pregnancy.” It claimed that “abstinence is the only 100% effective way to avoid pregnancy and STDs” and that “people who hold off on having sex in their teens and have fewer sexual partners in their lifetime are less likely to get an STD.”

Although when interviewed, Planned Parenthood told Teen Vogue that “abstinence-only education is partially dangerous” because it “ignore[s] reality.” It ignored  that it also admit it’s 100% effective in preventing STDs and unwanted pregnancy.

Between June 19 and July 19, Seventeen magazine published three articles containing the word “sex,” with two published on July 11 that used Planned Parenthood as an expert source and one advising teens whether they are demisexual (one of the many new selections in the LGBT cafeteria)  while citing both GLAAD and the Asexual Visibility and Education Network.

The magazine repeatedly used Planned Parenthood as a source when talking about sex, pregnancy, and abstinence. The organization came up about 60 times throughout the magazine’s existence, with one article telling girls that one thing that makes a guy boyfriend material is if “he clearly respects women.” One way he can do this is by “attending Planned Parenthood rallies with you.” 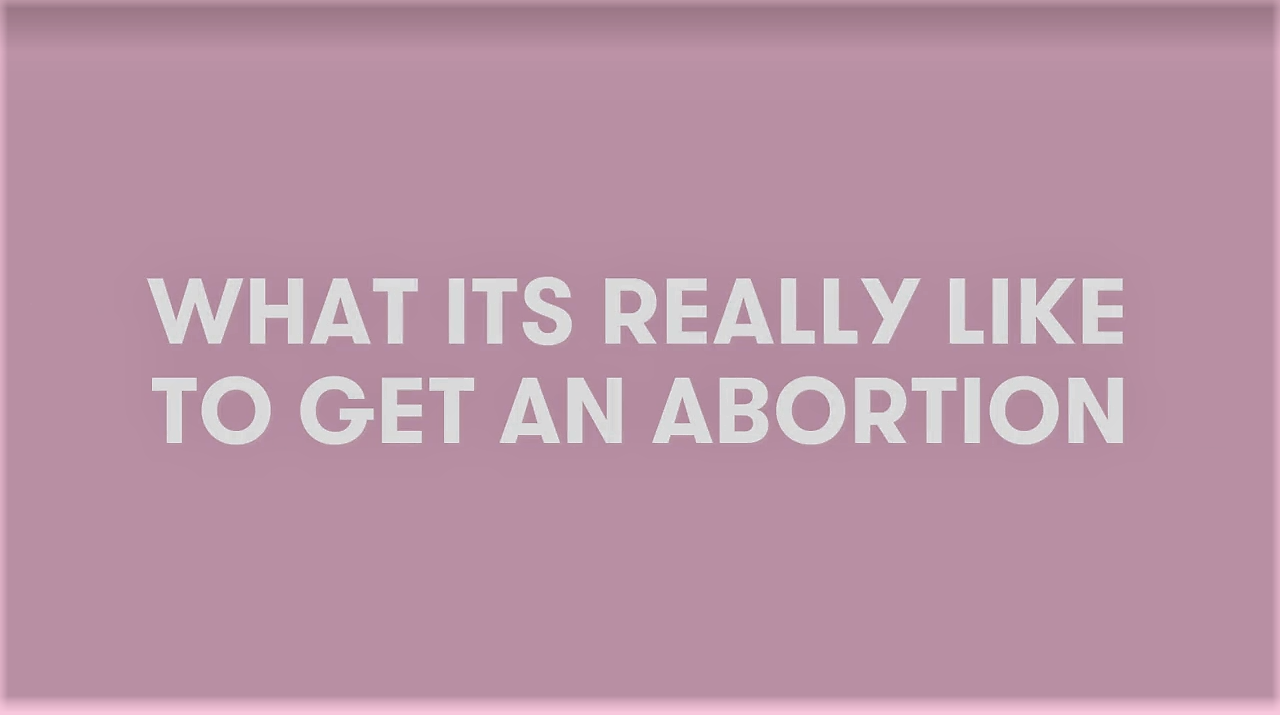 Former Planned Parenthood counselor Sarah Roberts told readers, in “10 Abortion Myths That You Definitely Shouldn’t Believe,” that “you will see pictures on the internet that have very clearly been photoshopped, that are supposed to be of fetal remains or supposed to be of babies that have been aborted” and “it’s possible that some of the photographs that you see online or at abortion protests are taken from photographs of stillbirths or of infants born with fetal anomalies.” Instead of telling the readers that the pictures show a baby, she argued “the uterus is where the pregnancy is growing” and an abortion “remove[s] the contents of the uterus.”

She stressed throughout the video that abortion is no big deal because “at the end of the day it’s a women taking care of her body, her reproductive health and that’s the only thing that matters.” It is dangerous to imply that it is not a child but just a “pregnancy” because it desensitizes the woman and makes it easier for her to get an abortion. Those details make a difference. According to a LifeNews.com article, “78% of women” that see an ultrasound “choose not to have abortions.”

She also claimed that “safe, legal abortion is safer than giving birth” although, even though Center for Disease Control (CDC) director said that these numbers cannot be compared as the CDC even states that abortion mortality rate and pregnancy mortality rates “are conceptually different and are used by CDC for different health purposes.” According to the CDC, “maternal mortality is determined by dividing maternal deaths by live births, not by pregnancies.” Therefore miscarriages and ectopic pregnancy complications are not counted. But “the abortion mortality rate, by contrast, counts all abortion procedures.”

In a video where “3 Women Talk About What It’s Really Like to Get An Abortion,” the magazine only used Planned Parenthood as its source. It told readers that, “even though an unplanned pregnancy can be scary, you definitely have some options.” However, the only option it mentioned is abortion. It offered no resources on adoption or how to get help to keep a baby. Seventeen only used Planned Parenthood as its expert and completely ignored conservative experts or opinions.

But that’s pro-abortion orthodoxy, and that’s what these magazines trade in -- that and the primacy of sex in young women's’ lives. These magazines target impressionable teenagers and encourage them to have sex while in high school, normalizing it with vivid descriptions and Planned Parenthood propaganda. Unfortunately, this trend will only get worse as these magazines continue to target them.