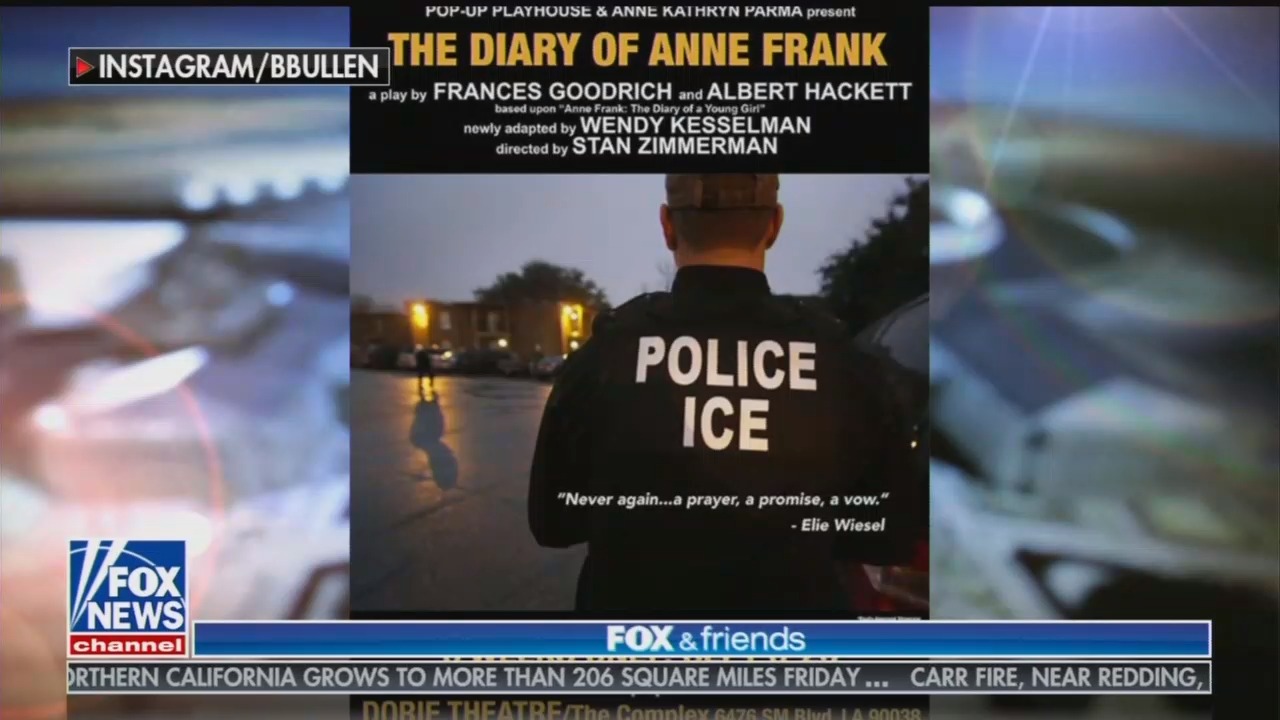 Poor Anne Frank -- persecuted and murdered by the Nazis and now trivialized by progressives. The left has been pushing the narrative that ICE agents are equivalent of Nazis and now, for three weeks in an LA theatre, you can watch a play that drives home the point, at the expense of the millions of Jews and others who were systematically murdered by the Third Reich.

Producer Anne Kathryn Parma told Fox News that it will be a “word-for-word presentation of the 1997 Broadway script” that will feature,“ LatinX families reading the play from their Safe House” instead of Anne Frank and her family.

The original play, based on Anne Frank’s diary, details how the Frank family “went into hiding in a secret apartment,” in German-occupied Amsterdam in 1942. They were later discovered in 1944 and sent to concentration camps where Anne later died.

Roseanne writer Stan Zimmerman, who has been a vocal critic of Roseanne Barr after her racist tweets, directs the “new version of the play” that “change[s] the narrative from the Nazis’ hunting down and oppression of Jewish people to a story about Immigration and Customs Enforcement agents hunting down illegal immigrants.”

This has been met with criticism from the Independent Journal Review saying it “downplays horrors of Holocaust by comparing Nazis to ICE agents.” But the left will do anything to push their narrative.