The online baby haters have been in complete meltdown since the Dobbs decision. Abortion acolytes like Vox are doing everything they can to regain their lost “right,” including partnering up with the once hated and greedy billionaires. 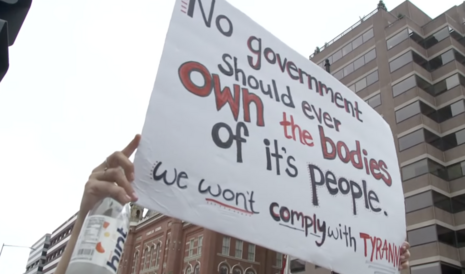 Kim begins her piece by expressing her disappointment that there’s no coordination with left-wing billionaires to support abortion as there was to bring down Trump in 2020. “But in the face of a new crisis prompted by the June Supreme Court decision in Dobbs vs. Jackson Women’s Health, which overturned Roe v. Wade and ended a constitutional right to abortion, the same liberal billionaires aren’t yet responding with a similar sense of urgency,” she wrote.

Even though numerous companies will pay their female employees to travel to murder their babies, that does not satiate this writer. Kim lists some of the most prominent pro-baby killing billionaires. The usual suspects are on this list, including George Soros, Bill Gates, Mike Bloomberg, and numerous big-tech lefties. Even though these figures have been funding pro-abortion Democrats, it is not enough for Kim and her friends.

She calls on the billionaires to stop being quiet and start acting. “Time is of the essence, and it’s more difficult to hold powerful people to commitments that they haven’t made publicly,” she writes. “It’s difficult enough to hold billionaires accountable by any measure, but public scrutiny is at least one way. Flying under the radar — and defending it as a smart political strategy, as many donors try to do — dodges even that.” If these billionaires do not support the systematic slaughter of children, the left will disown them.

Kim then ironically cites Bob Fertik, a pro-abortion activist, to defend abortion donations. “Billionaires are generally not comfortable speaking publicly about abortion,” he says. “It absolutely would make a tremendous difference if one or more billionaire men said they were going to fund the election of a pro-choice candidate and put their money behind it.”

Remember, men and billionaires are only good when they are left-wing pawns.

But billionaires are still billionaires and thus never to be trusted. “The destruction of abortion protections, against the will of the people, presents another chance for billionaire donors to try to preserve our flawed democracy, as some of them attempted to do in 2020 — even if the very existence of billionaires and the extent of their influence is something many people see as undemocratic,” she concludes. Remember when billionaires support left-wing causes, they’re heroes, but when they support the right, they become threats to democracy.

The left’s fight for abortion continues to become more desperate than they are willing to work with the billionaires they hate. Glad to see the teamwork done to feed Moloch!