The latest Toy Story spin-off, “Lightyear,” which caused controversy over a same-sex kiss scene, had a lackluster opening, according to The Daily Wire.

Over its three-day opening weekend, the film made a total of $51 million, an understatement considering the marketability of the Toy Story franchise. Comparatively, Toy Story 4, released in 2019, opened at $121 million. 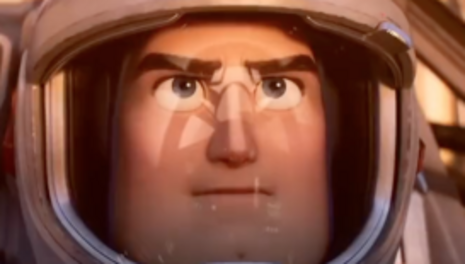 So what caused the cinematic trainwreck?

News Deadline suggested that the movie came out too soon, but suspiciously left out the same-sex kiss controversy. But Breitbart culture critic John Nolte has a different, more accurate description of what happened to “Lightyear.”

Nolte noted that the movie also wasn’t competing against any other movie of its kind at the box office.

“Another thing to keep in mind is that there’s no competition,” Nolte added. “The only kiddie movie still in theaters is The Bad Guys, which opened all the way back in April. After the resounding success of Toy Story 4 and with a wide-open field at the box office, especially during the summer, especially over Father’s Day, there was never a better time to open Lightyear.”

Is this surprising, given the current trajectory of the House Of Mouse and its woke actors? Disney has been a staunch opponent of Florida's Parental Rights and Education Bill, which bans class-facilitated discussions of sexual content in Grades 3 and below. Disney went so far as to reinstate the lesbian-kiss scene in “Lightyear,” causing it to be banned in several nations.

Prior to the film’s box office bomb, lead actor and famous lefty loony Chris Evans had called those who did not want LGBT propaganda in a kids' movie “idiots.”

“The real truth is, those people are idiots,” Evans stated in an interview with Reuters on Tuesday. "Every time there’s been social advancement as we wake up, the American story, the human story is one of constant social awakening and growth and that’s what makes us good.”

For “Captain America,” a lesbian kiss is as American as apple pie.

Perhaps the true reason for the film's abysmal failure is that Disney has once again produced another terrible movie solely to appease their woke audience. For the groomer kingdom, it’s politics over profit.

Fortunately, they got an expensive lesson about what happens when you “get woke, go broke.”