Here’s a great media racket: whip up public terror over some dubious issue and then offer equally dubious advice for dealing with said terror. In the post-Christian west, it’s like taking candy from babies. 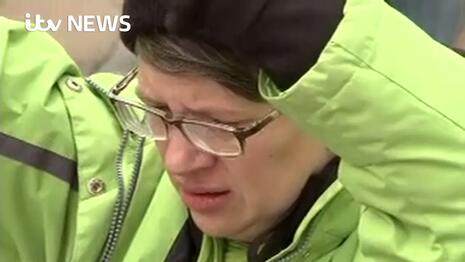 Writing in The Washington Post last month, Connie Chang offered a classic example of the practice. Chang is a Californian who takes it for granted that heat waves and wildfires are caused by climate change. (Never mind that “weather isn’t climate” stuff they tell you when a blizzard hits Texas.)

“Many Californians, including some of my friends, are simply leaving,” she says. “But that’s a privileged, and ultimately temporary, measure; as climate change encroaches on ever-larger swaths of the planet, all havens will disappear.” (How could you move away from a fun gal like Connie?)

But for those who stay, climate dread is apparently debilitating and becoming more common. “Andrew Bryant, a clinical social worker based in Seattle, first noticed this shift about five years ago when his patients began raising questions informed by climate anxiety: Should I have kids? Where can I move to avoid wildfires and hurricanes? How can I continue to attend to the day-to-day when a catastrophe looms on the horizon?”

The sensible answers to these questions are, in order.

But for these moonbats, this is serious stuff. “ Left unchecked,” wrote Chang, “climate anxiety can spiral into shame, depression, stagnation or denial.”

True to the formula,  Chang found “experts” to help them cope:

“Creative expression brings your right and left brain together, to identify what you’re most concerned about,” said Elizabeth Haase, a psychiatrist in Nevada. If you choreograph a dance about your family’s response to wildfires, for example, you might tap into the strong emotions you had as you were fleeing.

“Practices such as yoga, mindfulness and meditation dispel unhelpful ruminating, while teaching us to control our breathing and lower our heart rate,” Chang said. “But self-care isn’t enough.” She continued:

Bryant suggests reaching out to groups or communities, which helps people feel that they’re part of something bigger than themselves. Organizations such as the Good Grief Network, the Deep Adaptation Forum and others have cropped up in the past several years to offer support and education about the climate crisis, and to inspire political action.

And they’re a great source for “THE END IS NIGH” sandwich boards.

“Gather with like-minded colleagues or college buddies to discuss climate change” is another suggestion. I can hear that: “Bruh, it’s Gary! Yeah, been a while. I thought we might get together, crack a couple of brewskis and console each other about the dire consequences of climate change … Bruh? Hello?”

Alternately, “Some people might lobby politicians while others feel more comfortable leading a book club.” The important thing is to make sure everybody is as messed up as you: “‘A crucial first step in this process,’ said Bryant, is to ‘just let the feelings be there, share the feelings, even if they’re contradictory and confusing.’

Really, if the weather is giving you a sense of existential dread, run with it. It’s all about the feelz.