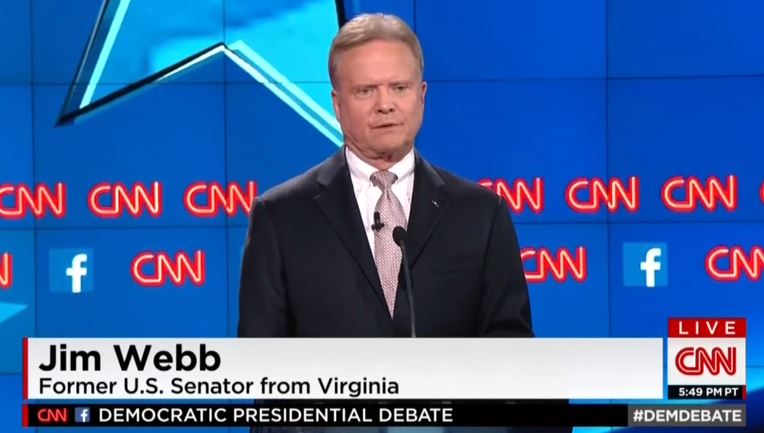 As Bernie and Hillary continue try to outstrip one another in the Great Pander Off of 2016, it seems like an eternity ago that there was an actual grownup in the race for the Democratic presidential nomination. But it was only in October that Jim Webb gave up his run.

Now, the former senator, Navy Secretary, and Marine combat officer – as well as novelist and historian – is back with an op-ed in the Washington Post about the Obama administration’s decision to remove Andrew Jackson from the $20 and replace him with Harriet Tubman.

“We can celebrate Harriet Tubman without disparaging Andrew Jackson,” he suggests. 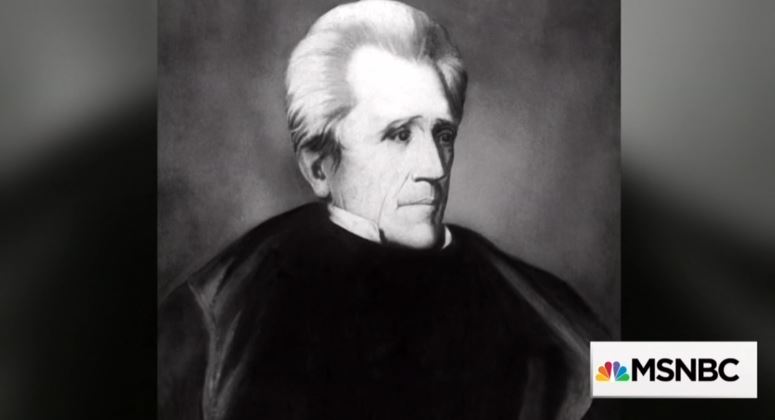 Webb, a smart man, must know it’s a fool’s errand to argue for a “rough-hewn brawler, a dueler and a fighter,” in a feminized age that values victimhood above all else. Indeed, he cites liberal dismissals of Jackson by the Huffington Post and The Washington Post itself as “an indication of how far political correctness has invaded our educational system and skewed our national consciousness.” (Again, as recently as last fall, this man was a presidential candidate. A Democrat!)

Webb’s defense of Jackson is game and compelling: a Scots-Irish immigrant, teenage Revolutionary War veteran, orphan, self-made man and successful soldier against both the Indians and the British (at New Orleans). He was a populist who vetoed the establishment of the Second National Bank, making him hated by the coastal elite. (Elizabeth Warren, call your office …) He was a staunch Unionist  who kept South Carolina in the Union by threat of war.

Webb acknowledges the horror of the Trail of Tears, but rejects charges of genocide, noting that Jackson raised an orphaned Indian boy as his own son. (Elizabeth Warren, call your office …) Jackson was a slave owner, who commanded free blacks at New Orleans

None of this will satisfy the social justice warriors with so much invested in their detestation of dead white males. “The myth of universal white privilege and universal disadvantage among racial minorities has become a mantra,” Webb writes, “even though white and minority cultures alike vary greatly in their ethnic and geographic origins, in their experiences in the United States and in their educational and financial well-being.” “race relations,” he notes, “are at their worst point in decades.”

And Raw Story wins Fastest Reflexes with some lightning knee-jerk hate in a piece titled “Jim Webb writes a repulsive love letter to Andrew Jackson.” One Sarah K. Burns gets right down to it when she writes, “Webb has a long history of supporting the southern Confederacy and the Confederate flag as a symbol of American heritage. It should be no surprise that he defends white privilege.”

Jackson’s (and Webb’s) original crime, whiteness, is compounded by his stubborn refusal to behave like a 21st century progressive journalist. Burns takes issue with Webb’s assertion that there was no genocidal intent behind the Indian Removal Act. Fine, it’s a historical question that merits discussion. But Burns’s distaste for Old Hickory goes beyond questions of policy. “The man literally killed Charles Dickinson in a duel for insulting Jackson’s wife. Talk about savagery, and somehow Americans should be proud of this man for sitting on the most circulated bill in our currency?”

Indeed! Were there no conflict resolution counsellors? Didn’t he think to hug it out? File a defamation suit? Get the offender banned from Twitter?

Amid her bile, Burns preens a lot about learning from history, writing, “Part of valuing education and history is admitting our country’s mistakes.” No doubt. But part of learning history intelligently is to judge those mistakes in the context of their own time and understanding, not ours.