Twitter users may clam up a little after hearing about a decision by an L.A. Superior Court allowing outspoken conservative Hollywood celebrity James Woods to proceed with a defamation lawsuit against a man who tweeted Woods was a “cocaine addict.” 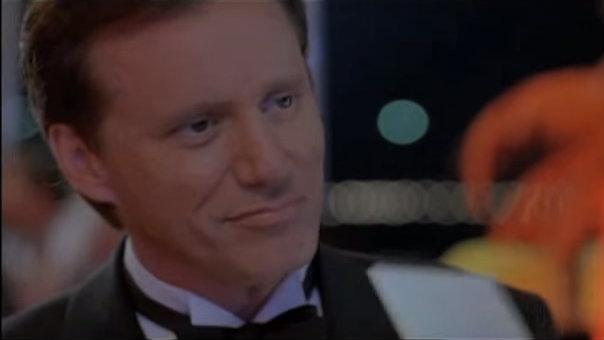 “Abe List” has been tweeting against Woods with comments like, “You are a ridiculous scum clown-boy James, a joke."

In lieu of such cheap shots, Woods’ defense may not be far off in pointing out that the tweet was seen by "thousands of AL's followers and hundreds of thousands of Mr. Woods' followers" and was "the culmination of a malicious online campaign by AL to discredit and damage Woods' reputation."

The court initially issued a tentative ruling on Feb. 2 that it would likely strike the $10 million suit on a First Amendment basis. However, Judge Mel Recana reversed that decision allowing the case to proceed on the grounds that the statement was being falsely presented as a fact.

The lawyers also noted that a Pew study reported that 63 percent of Twitter users say Twitter serves as a news source. "While conversations on Twitter can (and do) include opinion, jokes and hyperbole, it cannot be ignored that people believe what they read on Twitter,” they argued.

“The cruelty of having one's reputation sullied by an anonymous coward is agonizing," said Woods. "My faith in the integrity of the court and the brilliance of my attorneys is vindicated by this victory. I am deeply grateful to Judge Recana for his studious deliberation and wisdom in this case of wanton defamation. Twitter users beware: you are not above the law.”

Twitter has weighed in on the case, saying the statement was opinion and hyperbole, and that immediately unmasking the user would “chill the First Amendment rights” and deter users from “express[ing] their thoughts and ideas instantly and publicly, without barriers."

In spite of its stance against Woods’ lawsuit, the new Twitter Safety Council recruited big name companies like Glaad and the Anti-Defamation League  to develop products, policies, and programs to make Twitter safer.

The court will likely ask for proof of reckless disregard of truth by the tweeter and examine his state of mind at the time as well as investigate whether there is any truth to the cocaine statement.

"AL and anyone else using social media to propagate lies and do harm, should take note. They are not impervious to the law," Woods warned.

The case will be a precedent for legal cases affecting social media users. In the meantime it certainly gives encouragement to those, especially conservatives enduring defamation by their haters.