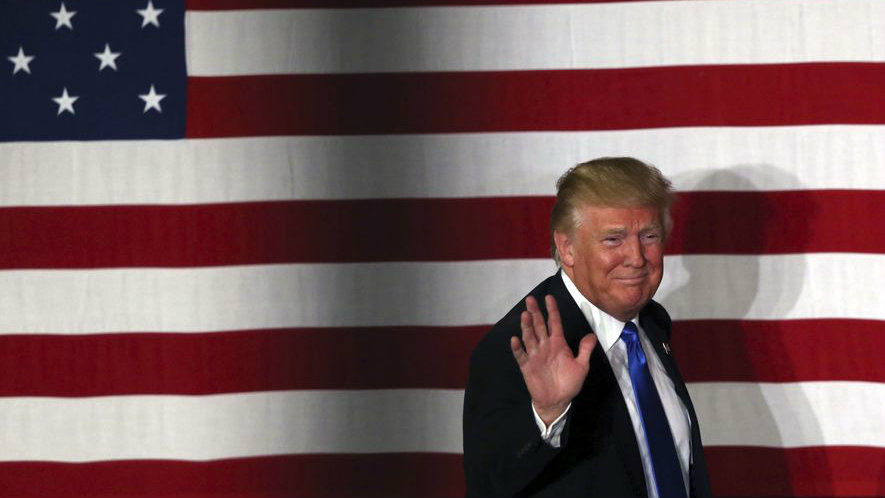 The Huffington Post doesn’t want anyone besides straight, white males voting for Trump.

The title of HuffPo’s Queer Voices latest article says it all: If You’re Gay and Support Trump, You Don’t Care About The Rest of Us. Author James Michael Nichols writes that “if you identify as gay, you are part of a community of marginalized people whose rights and very survival are threatened by the prospect of a Trump presidency.” Yes, their survival is threatened by Trump.

Nichols was galvanized by the number of LGBT members who have endorsed Trump, such as PayPal founder Peter Thiel and Caitlyn Jenner.

Nichols believes gay men can’t support Trump not just because he is anti-LGBT (contrary to Trump’s public statements). But because as a minority group themselves, homosexuals have a responsibility to defend “the rights of people of color, women, disabled people, people of other nationalities and people of different classes, in addition to sexual and gender minorities.” That means they need to get with the program and only vote Democrat.

Nichols proclaims that “it’s time that we as queer people ― especially white, gay-identifying men with access to capital ― care about the most vulnerable members of our community enough to let their voices and experiences shape our actions, ideologies and policies.”

So, “if you’re a white, cis gay man who is privileged in every way,” (i.e. living proof that homosexuals aren’t actually discriminated against), “the message that your statement of support for Trump sends to all other minority groups is that you don’t give a sh*t about them.”

Whatever happened to white men not imposing their views on everyone else, Mr. Nichols? Shouldn’t people be allowed to vote for whoever they want to?

Not that HuffPo has ever been neutral in its opinion of potential Trump voters. The publication recently wrote that Trump supporters are in need of straitjackets and are afflicted by “Mad Don Disease.”