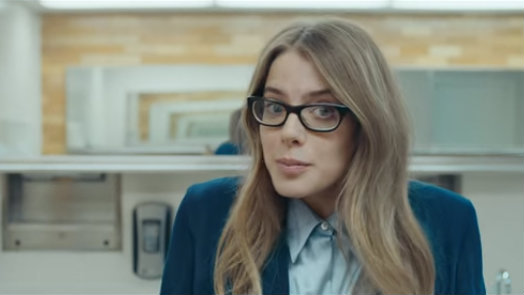 In the company’s popular “Raise” commercial, a young woman stand in front of a bathroom mirror, nervously preparing to ask her boss for raise. But whether or not her deodorant can hold up against her anxiety takes a back seat to her battle for equal pay.

The disheveled woman practices several different approaches, from asking “Mr.Kendall” for a favor to lauding the success she’s achieved with the company and even trying out casually calling her boss “Bobby.”

What’s supposed to be the most compelling argument, however, is that “Todd makes more than I do, and he’s only worked here for two years.” Which, when asking for a raise, is irrelevant. If Todd has 3 pens on his desk, should you also have 3 pens? What an employee adds to the company’s value is what is important.

The commercial ends with text on the screen reading “at 3 o’clock Lucy does her part to close the wage gap.”

If only the gap existed in the first place. One of the Left’s trendy talking points is that women supposedly make 77 cents on every dollar that a man makes, but the statistics show that that just isn’t true. When the fact that men tend to take higher paying but more dangerous jobs and spend less hours at home, the actual wage gap is markedly less. Both The Daily Signal and liberal Politifact reported that the gap is a mere 5-7 cents.

But the media loves to ignore that fact. Instead, they spread around debunked statistics or make up their own to support their flawed argument that companies, and the economy, are inherently sexist.

This ad is one of several in Secret’s #StressTest campaign. Another depicts a woman being the first in a couple to say “I love you.” According to one of the company’s directors, the series is meant to explore what women are “still not really ‘allowed’ to do.”

But they are allowed to. Women, like Lucy, should feel free to ask for a pay raise. When companies like Secret constantly harp on the idea that women are disadvantaged by a sexist workplace, it makes the task far more intimidating.