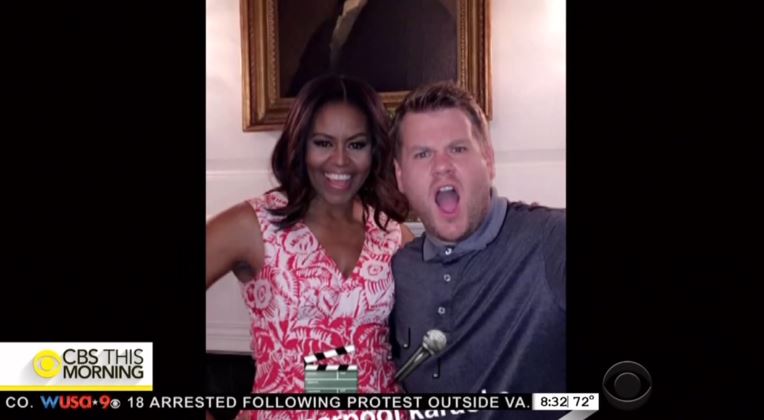 She’s no singer, but our overexposed FLOTUS is about to give karaoke a whirl on national television.

The wildly popular segment on The Late Late Show, Carpool Karaoke, involves host James Corden driving around for ten minutes while he tries to sing karaoke to his guests’ own songs. The segment has featured a range of professional singers and musicians such as Selena Gomez, Carrie Underwood, Adele, J-Lo, and Lin-Manuel Miranda.

Corden’s two requirements for who gets picked as a ‘Carpool’ guest are that “they have to have enough hits ride around in a car for 10 or 12 minutes. And I have to be a fan. I have to go, 'Oh, my God.' Because that's part of the joyfulness of it, that this is someone I love and respect."

Corden is undoubtedly a fan of his next guest, but First Lady Michelle Obama is an unconventional choice because she has no original songs. Maybe they can sing Fifth Harmony’s tribute to the FLOTUS.

To announce the upcoming appearance, Obama joined the world of Snapchat. Although she’s only used the app for a day, the ever-worshipful media has already dubbed her the “Snapqueen.” Cosmo, though, just prefers to call her their “Queen” in general.

Corden christened her new account by posting a video from it. 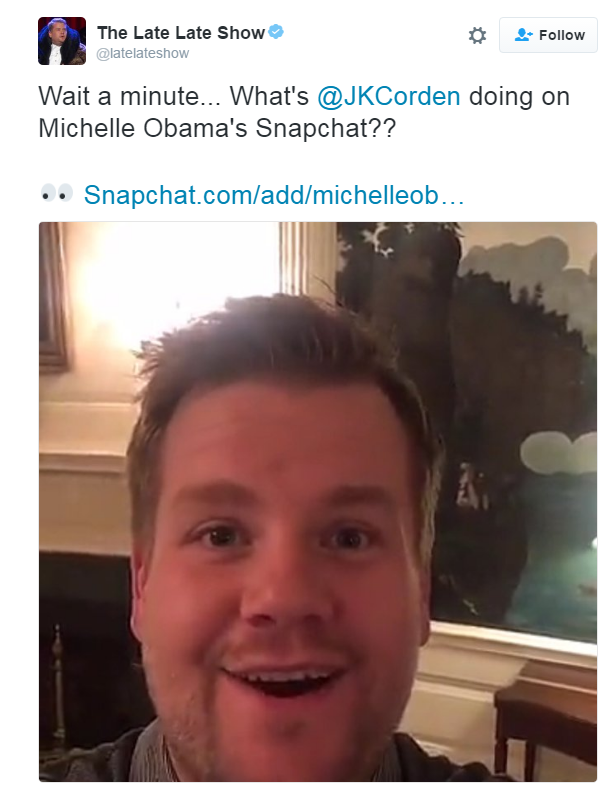 The video shows Corden saying “Hi, I am at the White House today and I’m going to take a spin in a car and sing some songs with…” and then Obama chimed in with “Me!” 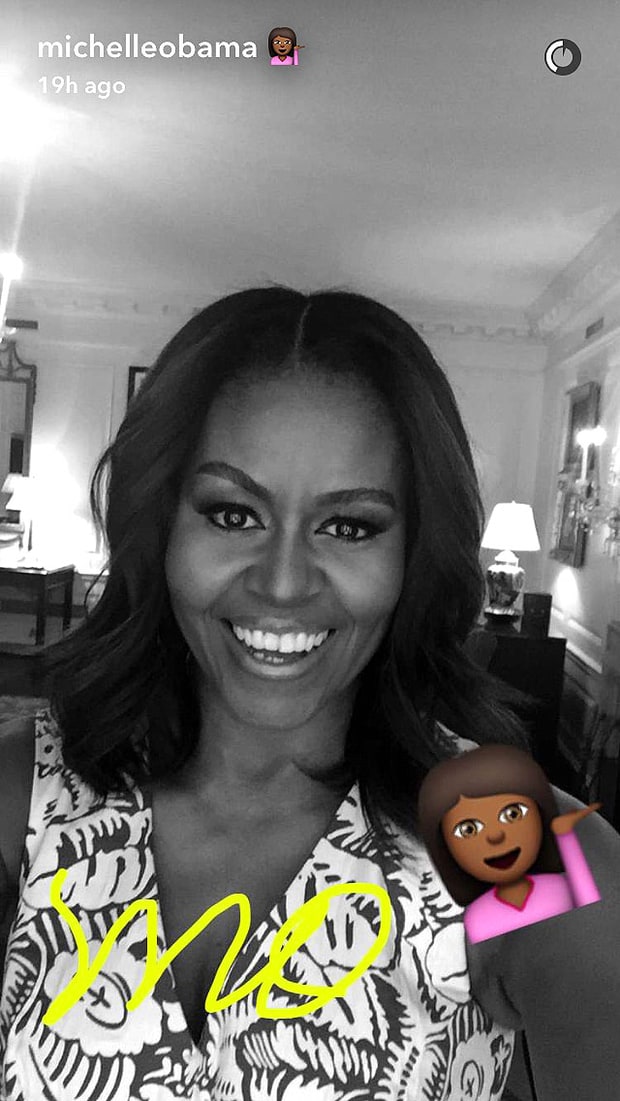 Michelle Obama was already the most televised first lady in history, appearing on everything from Jimmy Kimmel to NCIS to even Nickelodeon. But considering Hillary Clinton has had a snapchat account for almost a year, Obama has been surprisingly slow to join the bandwagon.  And since 71% of its users are under 25 years old, there’s no better way to reach the college-age demographic.

Snapchat’s appeal to its users is that everything that gets posted disappears forever after 24 hours, no matter how dumb and ridiculous it was. What better way to advertise karaoke? 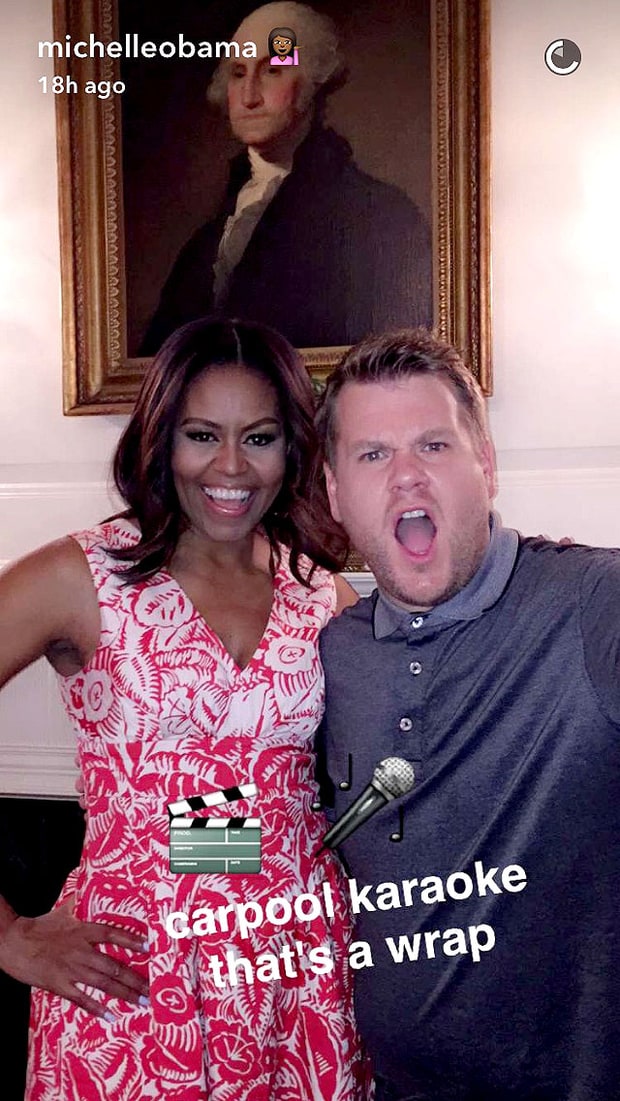