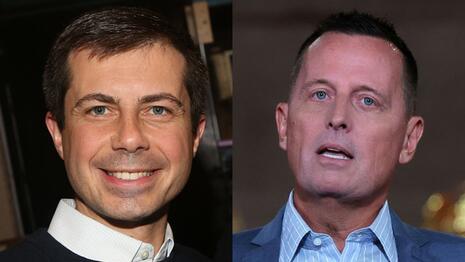 On December 15, it was reported that Biden will nominate former presidential candidate and mayor Pete Buttigieg as the Transportation Secretary for his new cabinet. Almost immediately, media fell over themselves in congratulating this move for the “first openly gay cabinet member.” These outlets included TODAY, Bloomberg Politics, and even The New York Times.

President-elect Biden is planning to nominate Pete Buttigieg as secretary of transportation. If confirmed, Buttigieg would be the nation’s first openly gay cabinet secretary. @kwelkernbc has the details. pic.twitter.com/8daw8fEoAp

If confirmed, Buttigieg would become the first openly gay member of a president’s cabinet, according to the Human Rights Campaign https://t.co/NZwTfoQ0AB

President-elect Joe Biden will nominate Pete Buttigieg to lead the Department of Transportation. If he is confirmed by the Senate, Buttigieg will be the first openly gay person to serve as a cabinet secretary. https://t.co/yeMDsdIuXy pic.twitter.com/2crcCQPw8j

Of course, it’s wrong. What many outlets forgot to mention is that President Donald Trump already had an openly gay member of his cabinet: Richard Grenell. Although he originally served as the ambassador to Germany, Grenell served in the cabinet-level position of the Director of National Intelligence from February 2020 to May 2020. This, in fact, makes him the first openly gay member of a presidential cabinet.

Nevertheless, the media continued to ignore that political milestone to promote their own made-up one. Pundits such as Jake Tapper instead attempted to work around this fact by labeling Buttigieg as potentially the first “Senate-confirmed” LGBTQ cabinet member, noting Grenell was not confirmed by the Senate in his term. However, that still doesn’t change the fact that Trump was the first president to have an openly gay cabinet member. Even some of these leftist sites seemed to have recognize that in the past.

This is actually hilarious pic.twitter.com/ml3c3GquRU

This comes as many in the media are erroneously claiming that Rep. Deb Haaland (D-N.M.) would be the first Native American to serve in a president's cabinet if she's nominated for Interior Secretary. Just a few weeks ago, outlets touted Biden as hiring the "first" all-female White House communications team, despite Trump having that now.

Biden hasn't even been sworn in yet but already the media are rewriting history to give his administration unearned political victories. Unfortunately, we can only expect it to get worse from here.