'Big Sky' Mourns 'All The Hatred Out There' For Trans People

Native American groups aren’t fans of ABC’s latest show Big Sky, but the drama may be making bigger strides with the LGBTQ community. First, there’s the casting of a transgender actor in a main role. Then, there's an out of place scene warning about “all the hatred out there” for trans people. 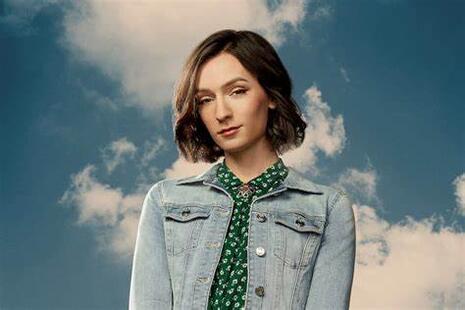 The December 1 episode “The Big Rick” continues to follow the kidnapping of sisters Danielle (Natalie Alyn Lind) and Grace (Jade Pettyjohn) Sullivan as well as trans sex worker Jerrie (Jesse James Keitel). The group manages to help Grace escape, leaving the other two behind to wait for help.

Apparently, this is the perfect time to discuss Jerrie’s backstory. When this episode literally takes time for Jerrie to talk about how tragic the life of a transgender person is while we’re following a kidnapping, it suddenly makes sense that Native American groups would demand their cause get a PSA as well.

Even worse, the dialogue is filled with all the usual trappings of a transgender TV story with heartless parents, a very young transition age, and marveling about how brave the person is for facing “all the hatred” in the world.

Danielle: When did you, um...realize that you were...other than how you were biologically born? Did I even ask that correctly?

Danielle: How did they react?

Jerrie: They hugged me. Told me how much they loved me. And then they got me straight into therapy. And I said, "Mom, Dad, uh, therapy's not gonna fix it. I'm a girl." And they threw me out. Yeah, it turns out that love wasn't, uh, quite as unconditional as it was cracked up to be.

Danielle: Where did you go?

Jerrie: Been living in a trailer park.

Danielle: By yourself? Since you were 14?

Danielle: Are you not scared? Of all the -- the hatred out there?

Jerrie: Life is dangerous. I mean, look -- look at us here.

Most four-year-olds can barely tell you what street they live on, but Jerrie could apparently tell people s/he was a girl. Even worse, at fourteen, s/he was ready to really become a girl despite being born a boy. Considering a majority of children experiencing gender dysphoria grow out of it by puberty, this is probably the opposite message this show should send to people. That’s not to mention the fact that Jerrie’s definition of being a girl is liking dresses and dolls. Just last month, we were forced to claim Harry Styles could still be manly while wearing a dress, and yet Jerrie must be a girl if s/he liked them as a kid. And that says nothing of all the tomboy girls of the world.

However, there is one honest thing that comes from the episode. After Jerrie shares her story, Danielle adds, “When my dad would talk to us about bigotry and -- and racism. He said it's not so much the skinheads, idiots in the white sheets. Those are the people you see coming. It's more the Progressives, the ones who think that they truly get it, when they don't have a clue.” Whether on purpose or not, Big Sky may have stumbled upon the biggest truth every leftist show tries to hide: Progressives are the real problem. Too bad with their blatant pandering, they’ll never do anything about it.

This episode was sponsored by commercials from Target, Allstate, and Starbucks.