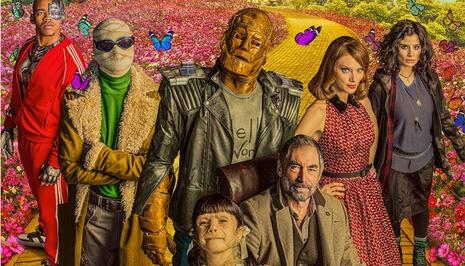 Like its heroes, HBO Max’s Doom Patrol is kind of a mess. The former DC Universe show is yet another example of TV writers thinking the concept of superheroes being noble people doing the right thing is too boring. Instead, we get a raunchy series that has the gall to have Jesus drop an f-bomb. I’m starting to miss the liberal fantasies of Stargirl.

The August 6 episode “Wax Patrol” sees the team facing off against an imaginary wax monster known as The Candlemaker (just go with it). To make things more challenging, each individual character faces off against an old imaginary friend they had as a kid. One of them includes Cliff Steele aka Robotman (Brendan Fraser) coming across none other than a version of Jesus Christ (Joshua Sikel), whom he says was his “imaginary friend” during Bible camp. Considering this is the Doom Patrol depiction of Jesus, He dropkicks Cliff and drops several less-than-religious words, including an f-bomb.

Cliff: What the fuck? You were my imaginary friend for, like, half a summer at Bible camp!

Jesus: Yeah. And then you forsook my ass!

Cliff: Wait! Jesus. I come in peace. Maybe we can talk this out?

Jesus: You think I give a French fried titty fuck about anything you have to say right now, Cliff? I’m here to end you.

You’d be forgiven for thinking this Jesus walked right off the set of Preacher. True, while this isn’t the actual Jesus who died for our sins, it still shows the general irreverence liberals tend to have for religion. However, it does fit nicely in the show that features f-bombs by the dozen and two sex parties. It’s not like it was ever going to get better from there.

Unfortunately, Doom Patrol is one of the many shows that was cut short due to the Covid-19 pandemic, so we are left with a terrible cliffhanger. On the bright side, that’s one less episode of f-bombs, raunchiness, and anything else that could have been worse. I can assure you nothing of value will be lost.