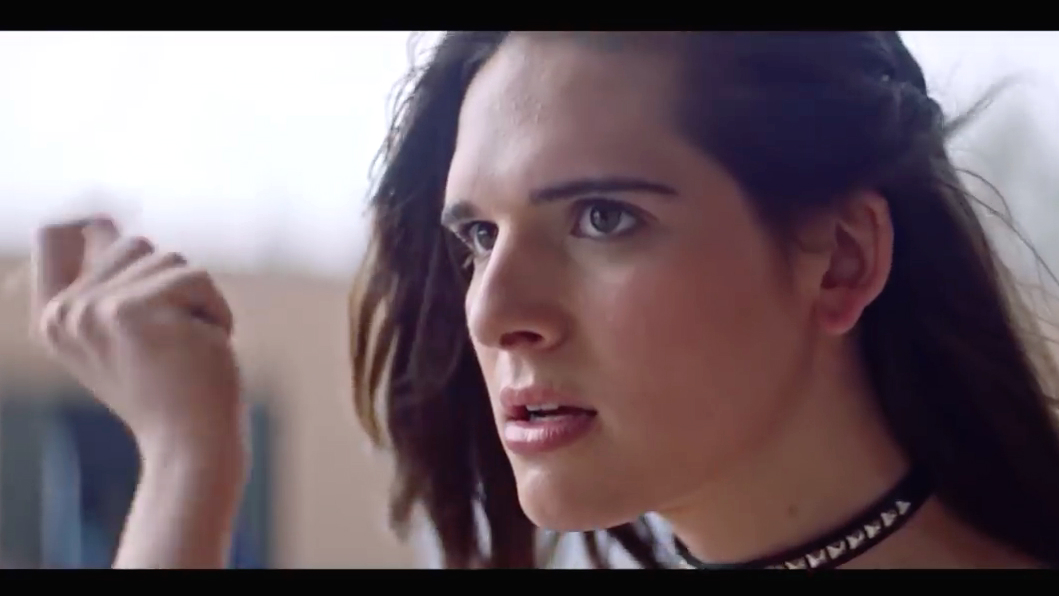 In an August interview with Vanity Fair, model Hari Nef discussed starring in the film Assassination Nation, which hits theaters this September. The movie is a “modern reimagining of the Salem witch trials,” according to Vanity Fair associate editor Keziah Weir. But Nef offered a more descriptive take on it.

According to Nef, the “feminist survival film” is “about being a young girl in the social-media Trump era, and how not to die while you’re doing that.”

The film follows four teenage friends caught in the midst of a online hacking scandal that leads to violence. Keziah stressed that the movie captured attention at the 2018 Sundance Film Festival while confronting issues like “sex, drugs, and violence” as well as a “sexuality, race, and privacy in the Internet age.”

The trailer paired bloody, nonsensical gun violence with imagery of the American flag (which appeared in scenes 10 times).

But Nef insisted on the film’s feminist themes.

“These girls are here for each other, and they save each other, and they are a shelter and a safety net for each other in a world that is not safe for them, and even in some cases a world that is not even fundamentally built for them,” Nef added. “Because there is so much drama in the movie and there is so much contention and conflict and violence, the heart of the film has to be these four girls and their commitment to one another.”