On Tuesday, the Supreme Court voted 5 to 4 that California can’t force pro-life pregnancy centers to inform women about abortion. The NIFLA v. Becerra case challenged California’s 2015 FACT Act. Among other things, the act required licensed centers to notify clients of “public programs” with “free or low-cost access” to “services” like abortion. But CBS and NBC didn’t mention the news in their immediately following morning or evening news shows. Only ABC did.

In the opinion of the court, Justice Clarence Thomas held that petitioners like NIFLA “are likely to succeed on the merits of their claim that the FACT Act violates the First Amendment.”

Of the network news shows, only ABC World News Tonight covered the case. On Tuesday night, chief foreign correspondent Terry Moran reported on the “five to four decision” that centered “on abortion.”

“Justice Gorsuch joining the conservatives in holding that those crisis pregnancy centers, which try to persuade women to carry their pregnancies to term rather than choose abortion, cannot be forced to post a notice inside their centers telling women where and how they might get abortions,” he said. “The court striking down that California law, saying it violated the First Amendment right of those pregnancy centers.” 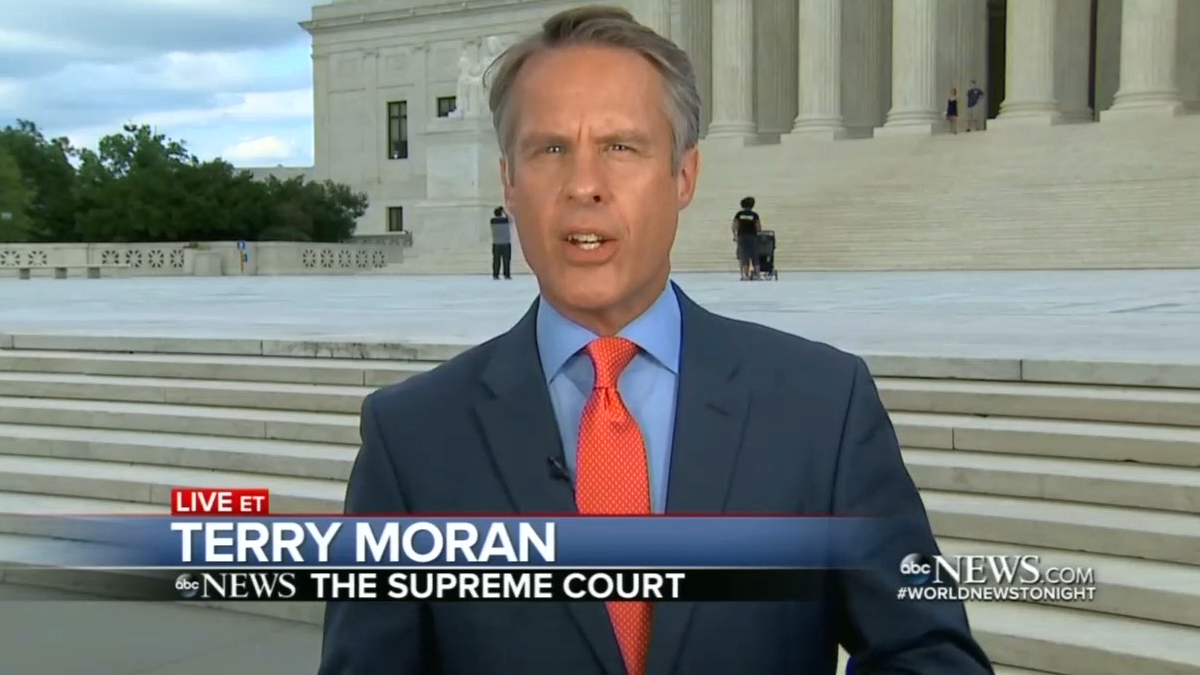 Two years ago, on June 27, 2016, evening news programming from ABC, CBS, and NBC covered Whole Woman’s Health v. Hellerstedt. The abortion case out of Texas challenged HB 2, which required abortionists to have admitting privileges at nearby hospitals and mandated that their clinics adhere to the same standards as ambulatory surgical centers. Justices sided with abortion supporters and struck down requirements.