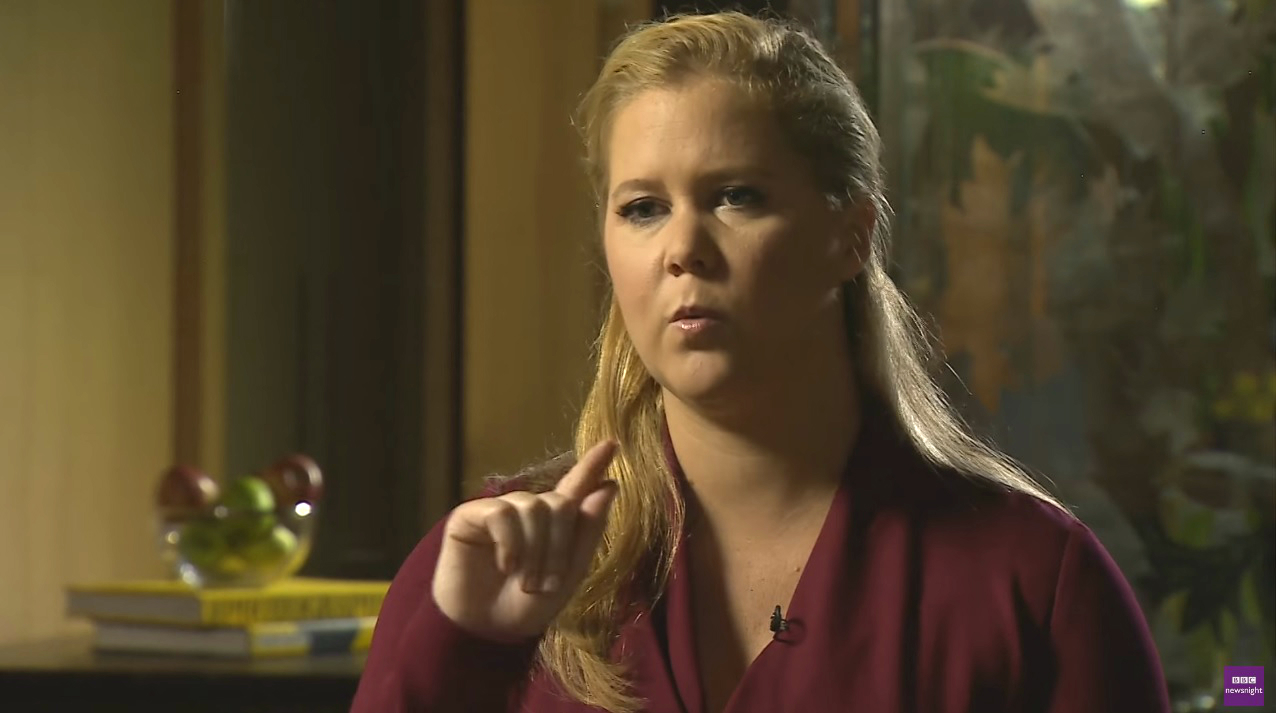 Opponents of Hillary Clinton “aren’t informed” and can’t offer “meaningful” arguments, according to Amy Schumer. And no, the 35-year-old comedian wasn’t joking.

“If you say the name Hillary Clinton, you know, in America, you get incredible responses,” Maitlis began. “There’ll be those who love her, and they’ll be those with visceral hatred on their faces.”

According to Schumer, “those people,” or Clinton haters, “aren’t informed.”

“If you go, ‘Why don’t you like Hillary?’ they’ll go, ‘She lied about her e-mails. What else is she going to lie about?’” Schumer said of Americans who don’t support the Democratic presidential nominee. “People get one fact and that’s what they latch onto about a candidate.”

She added, “I haven’t had a conversation with anyone who doesn’t like Hillary where they’ve had anything meaningful to say.”

“I’m like, well Donald Trump has a fake college,” she said. “Donald Trump doesn’t pay his workers. He won’t release his tax – his taxes. There’s never been a – a nominee who’s ever not released their taxes.”

If Clinton doesn’t win the presidency, Schumer warned that “I’ll need to learn to speak Spanish.”

A media favorite, Schumer has publicly expressed her disgust of Trump before on PBS’ Charlie Rose while promoting her new book, The Girl With the Lower Back Tattoo.