It’s a new push by numerous companies: showing families with two dads. Hallmark has done it. Campbell’s soup has done it. Now, Dove is doing it. 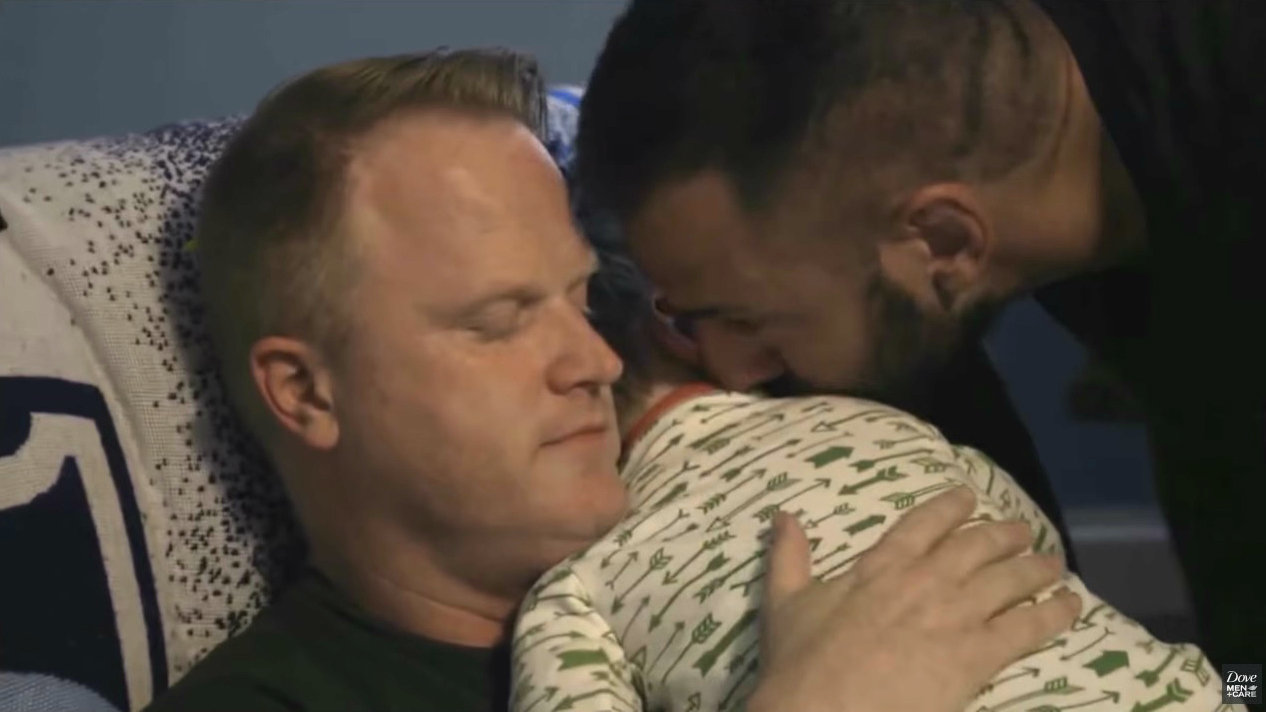 The soap brand Dove released a video of different dads on Monday in anticipation of Father’s Day. The minute-long short, “My Dad, My Hero,” compiled home-video footage of 22 families and featured, among other things, two gay dads with their son.

“When you care, you'll always be a hero to someone,” the video description read. “This Father's Day, show your dad how he's your hero.” (Of note: the company didn’t use the plural “dads.”)

The Dove Men+Care ad intended to show the “evolution” of fatherhood.

“As a brand, we’ve focused on the evolution of masculinity and highlighting dads’ caring sides,” said Jennifer Bremner, marketing director of Unilever which owns Dove.

To do that, the ad featured Rocco Forgione and Corey Martin sharing a kiss above their sleeping toddler, Forge.

The two “always wanted to be dads,” the PR newswire press release read, “but never thought they could overcome the obstacles of entering gay parenthood.”

“Their path to fatherhood was long, but also filled with happiness,” the release added. “When Forge was born, Rocco and Corey moved closer to family so their son could be surrounded by love and support.”

The clip of the three originally came from a video published by Gay with Kids, “the world’s leading digital media company and social network for gay dads and gay men considering fatherhood.”

Dove tried to insert two dads in another Father’s Day ad last year. Because the ad showed the “very first moment [dads] find out they are going to be a dad,” the placement proved more difficult.