Whoopi: Divorce Is ‘Nowhere In the Bible’ or 10 Commandments 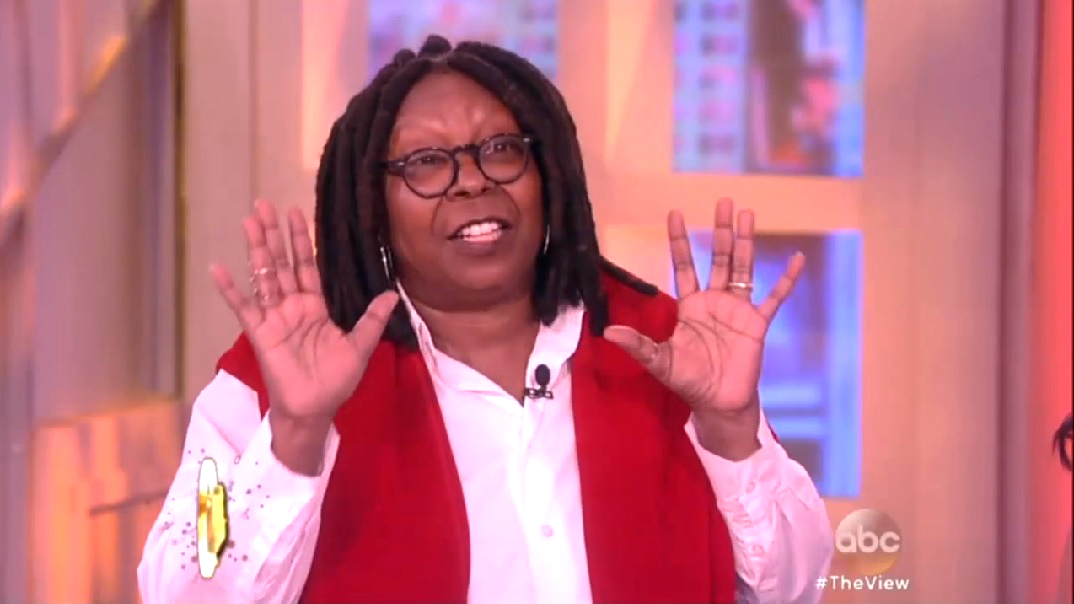 ABC’s The View crew are divorce’s biggest fan – except for one lone co-host.

On Wednesday, Whoopi Goldberg voiced her support of divorce, a topic she argued was “nowhere in the Bible” or in the Ten Commandments. On her own in this argument, co-host Sunny Hostin described marriage as an “unbreakable bond” (even if, as Joy Behar asked, her husband cheated on her with all the other View ladies). For her convictions, the others deemed her “crazy.”

Goldberg began the segment by bringing up Khloe Kardashian’s split with husband Lamar Odom. As a Christian, Kardashian doesn’t believe in divorce, Whoopi explained, “but she realized she had to do it for her own mental and emotional well-being and thinks God's okay with that.”

“I mean, why wouldn't God be okay with that?” Goldberg prompted. “It’s nowhere in the Bible.”

Co-hosts Sherri Shepherd and Sunny Hostin quickly corrected that statement by citing Malachi and Matthew and quoting (guess who?) Jesus.

That’s not to say all the View ladies agreed with the Bible. Divorced twice, Shepherd found the Good Book a “great blueprint” but, she added, “I think God also gave us common sense.”

“‘Cause it doesn't say divorce if you're getting abused,” she reasoned (without acknowledging that someone can leave a spouse without divorcing him or her).

But even without abuse, divorce should be allowed, she added, before bringing up the issue of children.

“My parents … stayed together for the kids but it affected me to this day what I heard, what I saw,” she said (again, without acknowledging the adverse effects for kids from divorced homes).

“What if you’re just unhappily married?” Behar wanted to know. “[Y]ou're just not happily married anymore, why can't you get a divorce?"

A lone voice at the table, Hostin chimed in, “because you’re not supposed to.”

Goldberg disagreed that God was against divorce – again.

“[T]he God that I, as I understand it, gave you freedom of will to make a decision, and if you've made a bad decision, to make a change,” she argued.

This time she cited the Ten Commandments, also a “blueprint.”

“I live the Ten Commandments,” Goldberg began. “[T]hose are the words of God and, to me, that – that doesn't cover divorce.”

But Hostin stayed true to her convictions.

“I don't want to get preachy but God is a loving God, a forgiving God,” she said, “but when you talk about marriage, the Church believes that God is the author of marriage and establishes it as a permanent union forming an unbreakable bond.”

Behar challenged again, “So you wouldn’t ever get a divorce, Sunny? ... Really? What if he – what if he cheats on you with everyone on this panel?”

Even then, Hostin responded, “It’s not a deal breaker.”

Again, Behar tried to probe more into Hostin’s thoughts by asking hypothetically, “You're a young woman and you realize you made a huge mistake. So you’re going to spend the next 50 years with the same dog?”

“Yes,” Hostin responded. “Because you made – you made the commitment.”

Behar concluded, “I don’t mean to be judgmental but that’s crazy.”

This isn’t the first time the View lades have interpreted the Bible. Last fall, they determined the Bible said “nothing” about abortion.