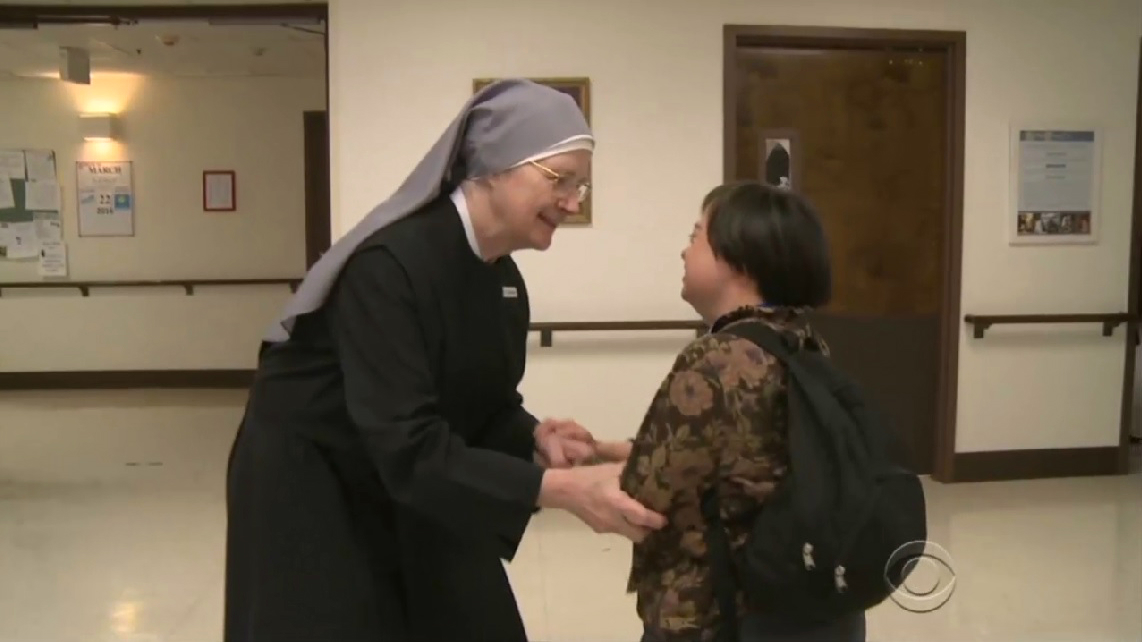 A Supreme Court case about women and contraception should be media-bait. But since this case concerns nuns and conscience, the media aren't biting.

On Thursday, the morning news shows from the three broadcast networks, ABC, CBS and NBC, reported nothing on Wednesday’s U.S. Supreme Court case filed by the Little Sisters of the Poor and other religiously-affiliated groups. Justices heard the oral arguments Wednesday in Zubik v. BurwelI, which challenges the ObamaCare mandate that would force these groups, against their religious beliefs, to provide contraceptives to employees.

But NBC and CBS at least covered the news the night before. ABC couldn’t even do that much; the network hasn’t said a word about the arguments.

On Wednesday night, for Nightly News, NBC anchor Lester Holt repeatedly teased the NBC segment on the case by referring to it as a “birth control battle” (not, in contrast, a “religious liberty battle”).

When Holt finally began the segment, he called the case “that big fight over birth control,” although he also mentioned religion.

“Groups that object on religious grounds say they should not have to provide contraceptive coverage for their employees,” he reported. 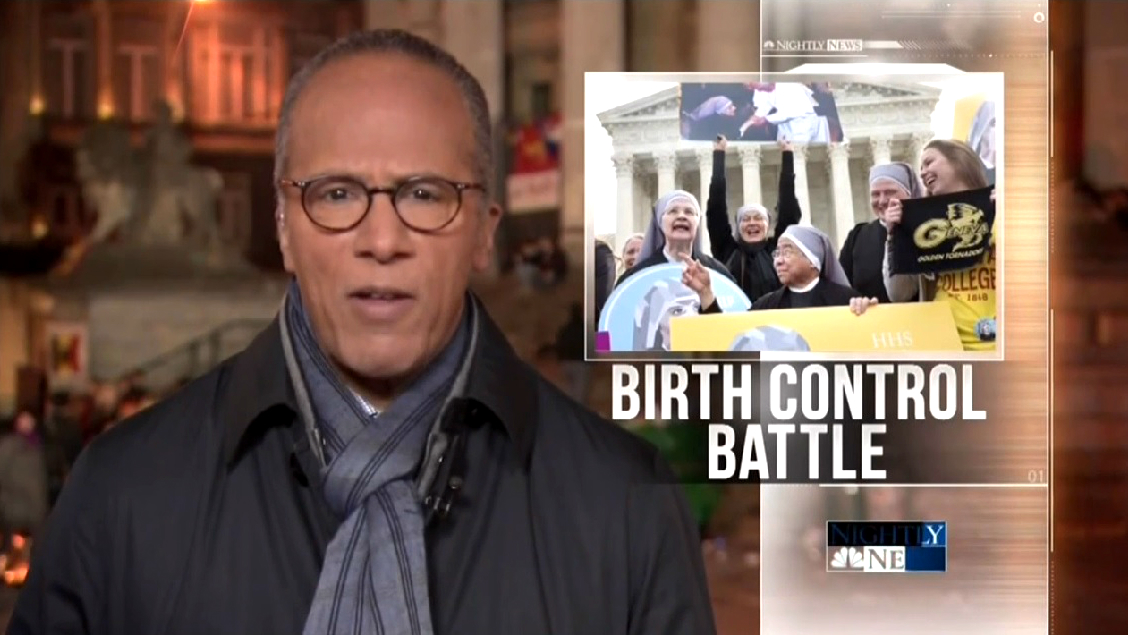 Out of those groups, justice correspondent Pete Williams focused on the Little Sisters of the Poor, a group of Catholic nuns who care for the elderly. But, like Holt, he didn’t get into the details of why the Little Sisters objected. His account consisted of the following:

“The government says they can opt out if they provide notice that they object on religious grounds and turn over information about their insurance, but the nuns and dozens of other religiously affiliated charities, seminaries, and colleges are suing. They say having to do even that is too much.” 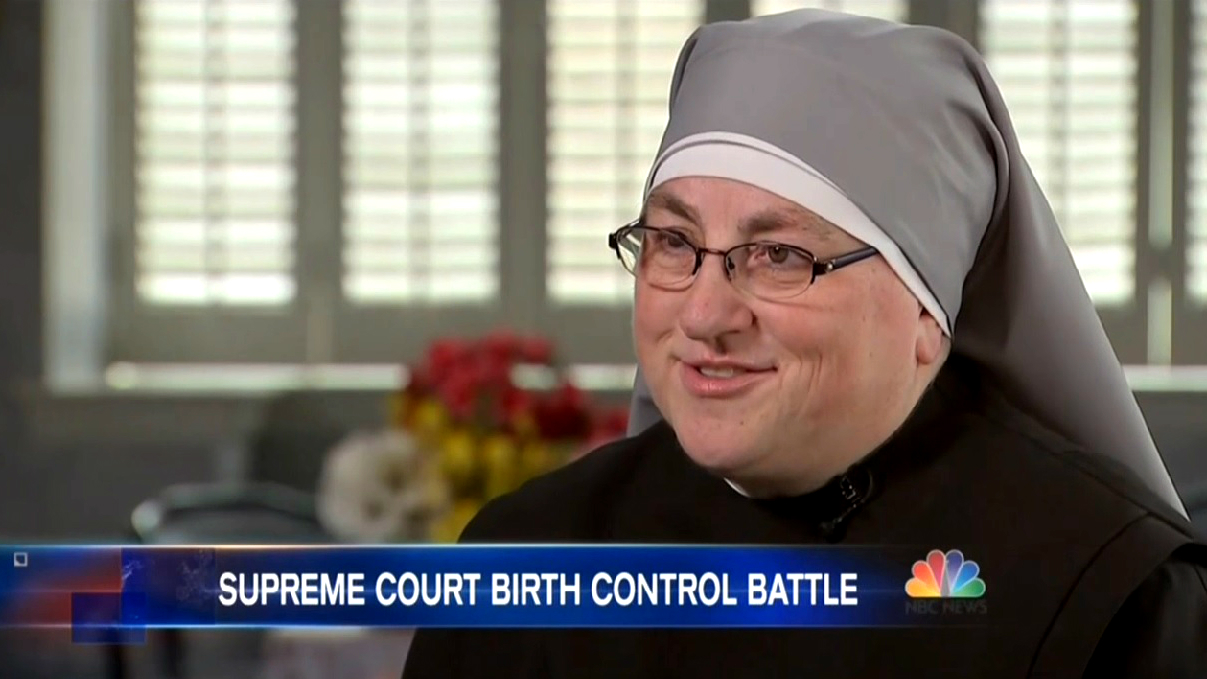 On their website, the Little Sisters explain why this “opt out” is still “too much”:

“The government is arguing that since it has offered to reimburse the costs of the services it wants the Little Sisters to provide, they should have no moral objection to offering them. The Little Sisters are saying this is not about money, but conscience, and whether they should be forced to change their healthcare plan to offer services they have a moral objection to when those services could be provided more effectively through the government’s healthcare exchange.”

To his credit, Williams played a clip from an interview with Sister Constance Veit and cited Chief Justice John Roberts and Justice Anthony Kennedy using the word “hijiack” in regards to how the government mandate treated the Little Sisters and the other groups.

“Students, faculty and staff need access to contraception. It's not some sort of third class or second class health care,” she told NBC.

(According to NPR, Tanner serves as co-editor-in-chief of the Georgetown Journal of Gender and the Law and “helped put together a brief in the case filed on behalf of the estimated thousands of people on her campus who are currently getting birth control under the accommodation.”)

Williams summarized, “The Obama administration says a group's religious freedom does not include the right to restrict access to health care for employees and even for students at religiously affiliated colleges.”

(If “restricting access” means refusing to provide for someone else’s contraceptives, then yes.)

“The Little Sisters of the Poor, a charity run by nuns, says the birth control provision violates the laws of God,” he reported.

Also like NBC, CBS correspondent Jan Crawford used the word “access” – although none of the groups are saying that women can’t buy contraceptives themselves.

Crawford described the atmosphere at the Supreme Court as “a clash between religious freedom and a woman's access to contraception and the justices appear deeply divided.”

In her coverage, Crawford cited both liberal and conservative justices.