The term “sex offender” screams media-bait – except if he happens to back a transgender bill that could result in men entering women’s bathrooms. That wouldn't bode so well for the liberal media's agenda.

One major N.C. newspaper mentioned his conviction only after he resigned as an LGBT leader – and after a conservative organization repeatedly contacted the outlet for more than a month.

Chad Sevearance-Turner, a registered sex offender, served as president for the Charlotte LGBT Chamber of Commerce (formerly known as the Charlotte Business Guild). The organization, created in 1992, aimed to “establish and nurture a network of business contacts and friendships, encourage fellowship and support among business, professional and charitable pursuits, and provide and promote positive role models in Charlotte’s Lesbian and Gay community.”

The chamber played a role in backing a bathroom bill passed by the Charlotte City Council at the end of February. The new legislation allows transgender people to use the public bathrooms, showers or locker rooms of his or her choice. The bill was strongly opposed by conservative groups.

According to Charlotte’s major newspaper, The Charlotte Observer, during a council meeting before the bill passed, Mayor Jennifer Roberts cited a survey that reportedly proved discrimination against the LGBT community. Roberts said Sevearance-Turner’s group conducted the survey (something which Sevearance-Turner later denied).

The Observer has quoted Sevearance-Turner multiple times in regards to LGBT issues. But its past articles, which reach more than 1 million readers, omit one thing: Sevearance-Turner is a convicted sex offender. 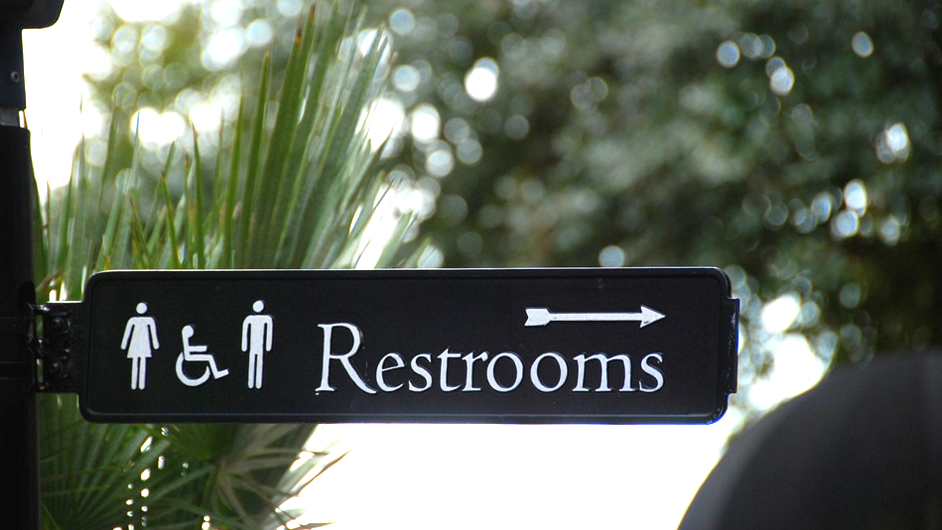 A spokeswoman for the North Carolina Values Coalition and the KeepNCsafe.org Coalition, Kami Mueller, sent documents to MRC Culture showing that her organization contacted the Charlotte Observer multiple times from Feb. 4 to March 7 with the information.

A non-profit, the N.C. Carolina Values Coalition “seeks to lead the charge to preserve and promote faith, family, and freedom in North Carolina and create a favorable political climate for these core values.”

The Observer passed on all six of those opportunities. 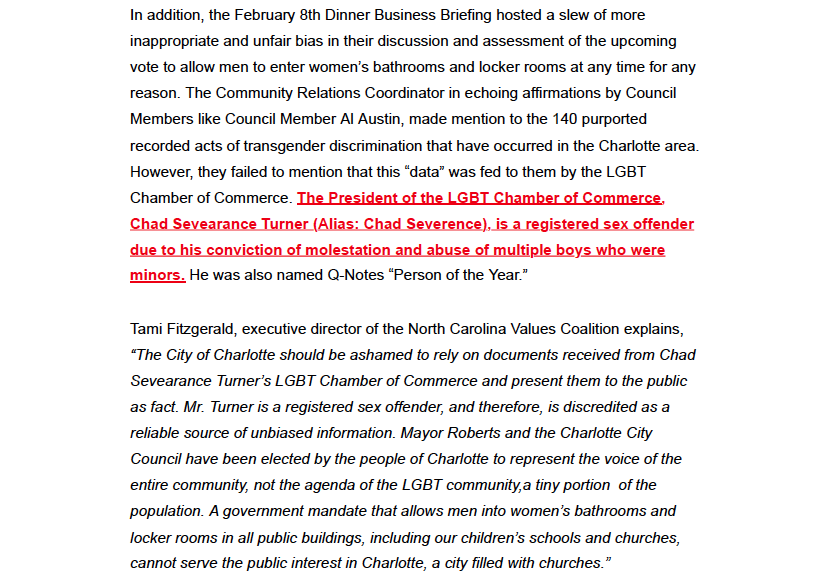 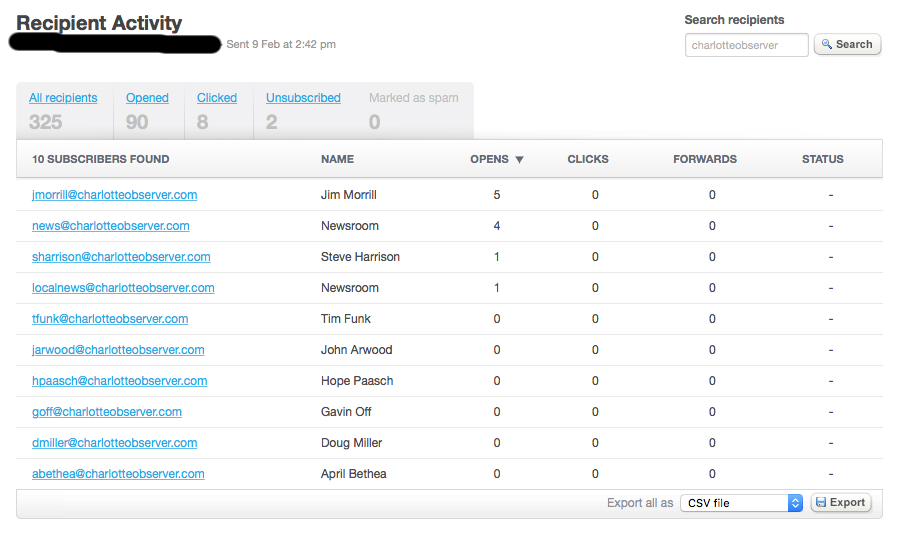 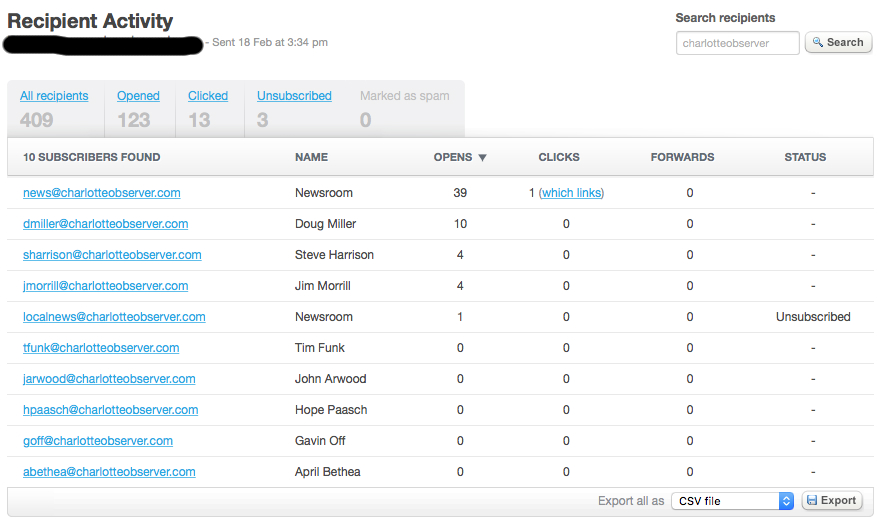 Not until March 9 did The Observer bring to light Sevearance-Turner’s conviction – in a story about him stepping down as president of the chamber the week before.

“No one who is a convicted sex offender should be leading a campaign to allow men to be in women’s bathrooms and showers,” she said. “It’s just common sense.”

That change came after Breitbart published a March 7 story about Sevearance-Turner.

The Charlotte LGBT Chamber also works together with the LGBT-advocacy-giant Human Rights Campaign (HRC). Just this year, the HRC presented the chamber with its “Organization of the Year” award.