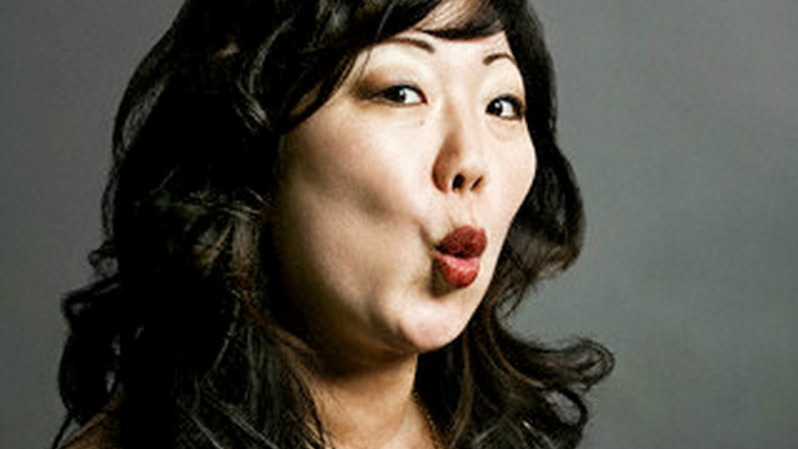 Funny how sometimes those in the pro-choice movement condemn themselves more than the pro-life movement could ever hope to.

Late Monday night, liberal actress and comedian Margaret Cho took to Twitter in a rage against the call to defund Planned Parenthood. After she shared a picture of herself wearing Planned Parenthood apparel, she insisted that “God created abortion” and demanded that a “child” was really just a “bunch of cells.”

Cho's tirade began when she donned a pink shirt to show support for Planned Parenthood on Monday.

Making my voice heard! If a must to #StandwithPP #pinkout pic.twitter.com/RIRGqJArHp

But she didn’t stop there. For her next move, Cho attacked the pro-life movement in favor of defunding Planned Parenthood.

To those who want to defund #PlannedParenthood - where are women to go for healthcare? Or does that not matter to you? #IStandWithPP

The argument then zeroed in on Planned Parenthood profiting from the body parts of aborted babies. Cho reacted by defending the “important” abortion giant and refusing to believe in any wrongdoing.

They don't sell body parts. They take care of us. They are incredibly important to women's healthcare #IStandWithPP https://t.co/ltcj8dhrCB

Although, that might be because Cho defines an unborn baby as a mere “bunch of cells.”

It's not a child - it's a bunch of cells. And the definition of 'child' is not yours to decide. It's the woman's. https://t.co/XMo7D2TFFp

I'm saying we need to choose for OURSELVES. Abortion is NOT murder TO ME. It may be for you-but not for all women. https://t.co/cBFnYihj1V

Cho knew that abortion was not murder to God, though, because “God created abortion.”

I do not believe in a God who would consider abortion a sin. God created abortion. As he did all of us. God created choice for all to DECIDE

But for those who did choose to have a baby, Cho hyped how Planned Parenthood also “helps women have babies.”

That's the most important part of Planned Parenthood. Planning the parenthood. That's what it's for. It helps low income women have babies

Planned Parenthood helps women have babies. If you were truly pro-life, you wouldn't take prenatal care away from low income women. #think

She also proved be a firm believer in the lie that Planned Parenthood provides mammograms.

They do provide mammograms which are essential to women's health #IStandWithPP https://t.co/Du1nLXZKhM

In the midst of her Twitter rant, Cho caught the attention of actor Adam Baldwin:

@margaretcho Pretty sure Jesus would dispute the parting out of infants. Matthew 18:6, Jeremiah 1:5

As well as RedState's Ben Howe:

The definition of a child is not up to a woman. The science is settled, Cho. https://t.co/0oNMlGuLDq

Cho responded to them as well as “bigoted” pro-lifers in general:

It's that way with the hopelessly and willfully bigoted. I feel sorry for them. That's why I'm trying #IStandWithPP https://t.co/BA3lfROn8r

Thanks Martha!!!! It's you and me fighting against sexism and sad ignorance. #IStandWithPP #istandwithmartha xoxo https://t.co/JXUeh7FP0e

Cho does not boast a friendly relationship with conservatives. In a recent interview with HuffPo Live, she fixated on taxing churches.