The liberal media are only too happy to call pro-life presidential candidates “extreme.” But they’ll never dare apply the same label to pro-choice candidates.

In a Sept. 20 interview with CBS’ Face the Nation moderator John Dickerson, Hillary Clinton revealed that she wouldn’t support a federal limit on abortion “at any state of pregnancy” in the name of a “woman’s right to choose.” While the 2016 presidential candidate once called the content of the recent videos exposing Planned Parenthood “disturbing,” she dismissed them as “misleadingly edited” to Dickerson. 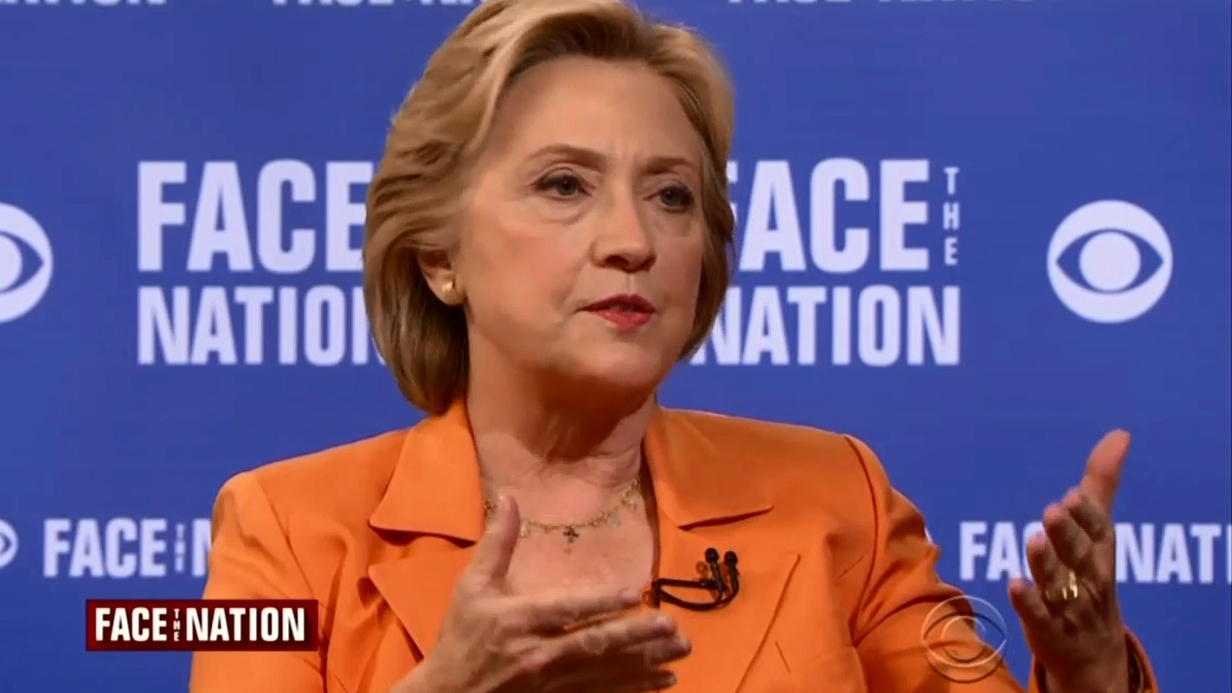 Referencing the Senate’s upcoming vote on a late-term abortion federal ban, Dickerson asked Clinton in the interview, “Do you support a federal limit on abortion at any stage of pregnancy?”

“This is one of those really painful questions that people raise and obviously it's really emotional,” she began. “I think that the kind of late term abortions that take place are because of medical necessity.”

She concluded, “Therefore, I would hate to see the government interfering with that decision.”

According to Clinton, women should have the say in any circumstance.

“[T]his gets back to whether you respect a woman's right to choose or not,” she said. “And I think that’s what this whole argument once again is about.”

But most Americans would disagree with her. Dickerson asked about late-term abortions, which the majority consistently oppose, according to polls by Gallup (2012), Quinnipiac (2014), Marist (2015) and even The Huffington Post (2013).

Earlier in the interview, Dickerson probed Clinton about the Planned Parenthood videos.

While Clinton admitted she had seen “excerpts” and “certainly read” about the videos, she no longer seemed to find their content “disturbing” as she did in July.

Instead, she found the “attack on Planned Parenthood” by Republicans disturbing.

“[W]hat I am troubled by are the misleading, inaccurate allegations about them that we heard from Republicans at their debate,” she bashed. “This is really an attack on Planned Parenthood, which provides a lot of health services, from cancer screenings, to contraceptive services, to so many other of the needs women have.”

To shut down the government over funding for Planned Parenthood would be the “height of irresponsibility,” she argued.

In stark contrast to her previous statements, Clinton condemned what she saw as “misleadingly edited” videos that were “intentionally taken out of context.” She went on to defend Planned Parenthood:

“The fact is that if we want to have debate in this country about whether we should continue using -- doing fetal research, then it's not only Planned Parenthood that should be involved in that debate. All of the experts, all of the scientists, all of the research institutions, everybody who is looking for cures to Parkinson's, for example, should be asked, should we continue this. But so far as I am aware, what they did, despite the way it was portrayed, is within the laws that were set up for this.”