On Tuesday, July 28th, Students for Life of America hosted more than 60 #WomenBetrayed rallies across the country to protest Planned Parenthood selling the body parts of aborted babies. Despite the high temperatures, hundreds showed up for the Washington, D.C. rally, which featured several presidential candidates as speakers, including Senator Ted Cruz (R-TX).

During the event, MRC Culture asked Sen. Cruz if the the media and journalists have done enough to cover the videos.

“No, of course they’re not,” Cruz began. “The mainstream media wants to do everything they can to hide these videos from the American people.”

In the interview, Sen. Cruz accused the media of keeping the truth about Planned Parenthood from Americans.

“When you see a senior Planned Parenthood official say she wants to sell so many body parts of unborn children, she can buy a Lamborghini? Those are not the values of the American people.”

“You don’t see these on the nightly news,” he challenged. “Because they don’t want the American people to focus on what’s going on. Which is why you don’t see reporters asking the U.S. Department of Justice daily if they’re going to open a criminal investigation into an organization where two of its senior officials have now been caught on tape apparently admitting to multiple felons.”

As for their motives, Sen. Cruz said journalists themselves are strong abortion supporters.

“Of course, the media needs to be asking those questions. They don’t want to, and the reason is virtually every reporter, virtually every editor, virtually every person who makes decisions in the mainstream media is passionately pro-abortion. And they support Planned Parenthood as a political and policy matter. And they know if people actually watch these videos, they would be horrified at what is on them.” [emphasis added] 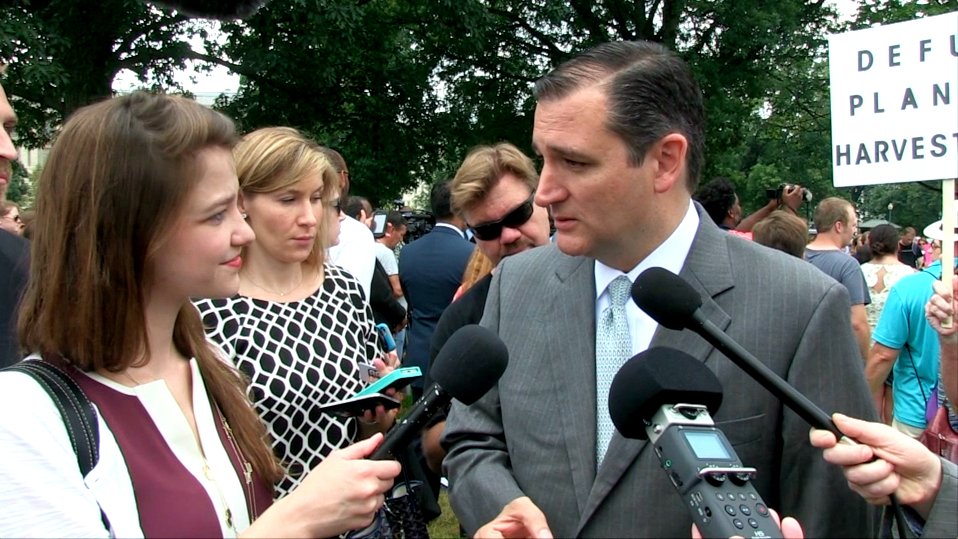 “Watch them and ask the question, ‘Does this reflect your values?’ ‘Does this reflect who you are even if you happen to be a supporter of abortion?’” he urged. “[T]here are a lot of people who would call themselves pro-choice, who would watch these videos and be sickened to their stomach at seeing senior Planned Parenthood officials laughing, swilling chardonnay, and casually and heartlessly bartering and trading and selling the body parts of unborn children.”

The liberal media raced to defend Planned Parenthood after CMP released its first video. In the first 9 hours and 30 minutes of news shows broadcast after the story broke, ABC, NBC and CBS, spent only 39 seconds on the first video. It took more than 24 hours before all three covered the story. In the week after the first video, the networks gave a mere 9 minutes and 11 seconds to the story (in contrast, the networks devoted more than three times that to the Susan G. Komen controversy, when the charity temporarily decided to defund the abortion giant.)

Similarly, the media stayed silent on the case of Philadelphia abortionist Kermit Gosnell. Gosnell's trial, in which witnesses described baby abortion survivors “swimming" in toilets “to get out,”attracted a scant 12 – 15 reporters. Only after 56 days, multiple letters from members of the House of Representatives and a public outcry, did all three broadcast networks report on Gosnell.