What’s more important: Planned Parenthood aborting babies and selling the body parts or a cancer charity defunding the abortion giant? The broadcast networks think money is more important – especially if it goes to an organization they support.

In the first week of coverage, the three broadcast networks spent 9 minutes and 11 seconds on the Center for Medical Progress’ (CMP) video campaign exposing Planned Parenthood’s harvesting of aborted baby parts. In contrast, ABC, NBC and CBS lavished 31 minutes and 11 seconds on the 2012 Susan G. Komen controversy, in the week after the cancer charity temporarily decided to stop funding for Planned Parenthood. 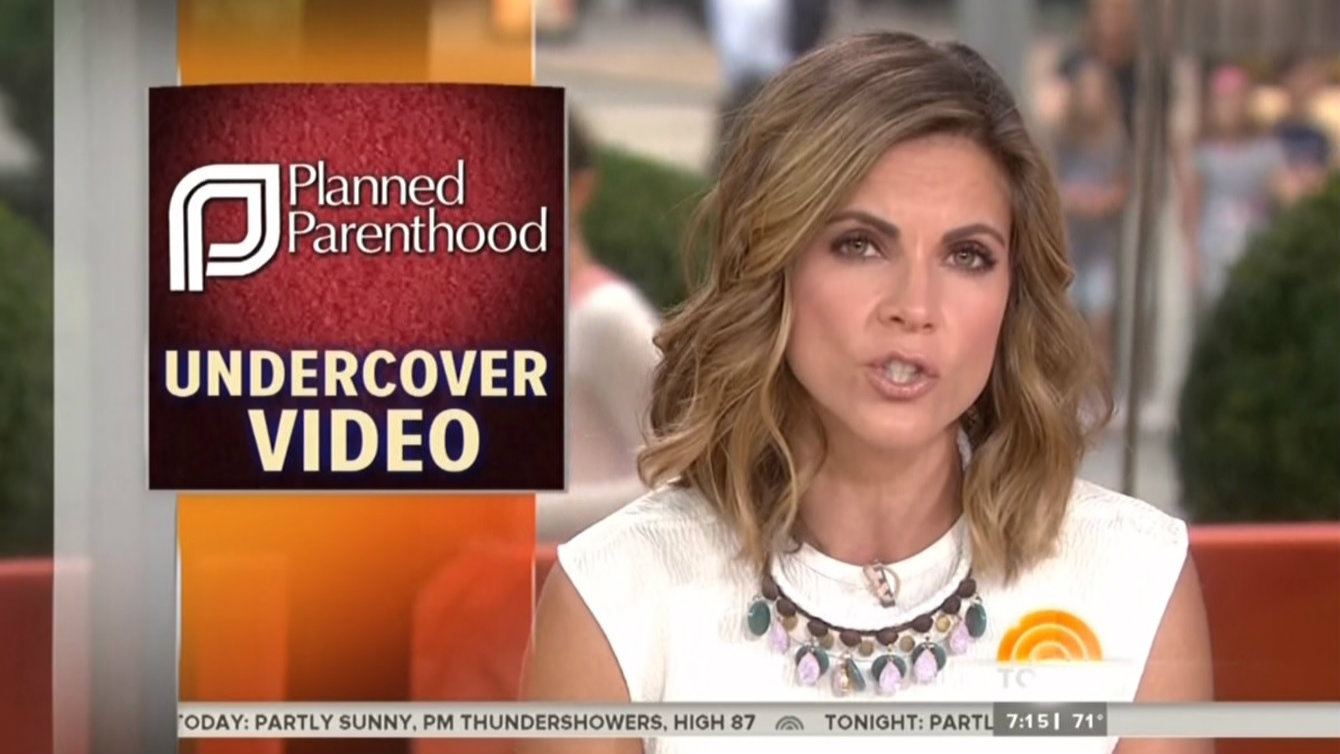 What’s interesting in the latest Planned Parenthood scandal is that presidential candidates and congressional representatives have called to defund the organization. Of course, had the networks covered that more, they would have had to in explain why.

ABC, NBC and CBS still skewed the coverage they did have. In their reporting of CMP’s undercover video, all three censored the word “baby,” and instead used the term “fetal tissue.” Similarly, from the beginning of their coverage, ABC, NBC and CBS labeled the makers of the videos as “anti-abortion activists” rather than use the “pro-life” label.

During Nightly News on July 17, NBC correspondent Hallie Jackson argued, “Fetal tissue has been key to some major medical advances” and added that “researchers are using it to look for a cure for Parkinson's disease and to help people with crushed spinal cords.”

“Major medical advances,” that is, at the cost of babies’ lives.

Similarly, for Evening News, CBS correspondent Nancy Cordes commented to anchor Scott Pelley on July 15 that taxpayer-funded Planned Parenthood said it was “only trying to help women who want to donate fetal tissue after abortions,” and that last year “NIH funded 160 different projects that used fetal tissue to research treatments for everything from HIV to glaucoma.”

In comparison, the networks spent far more time on another controversy concerning the abortion giant.

On Jan. 31 2012, the Associated Press broke the story of Komen’s decision to defund Planned Parenthood. Sympathetic to Planned Parenthood, the three broadcast networks found the story worth 31 minutes and 48 seconds of their news shows in just the first week.

As NewsBusters previously reported, anchors rushed to the defense of the abortion giant, with NBC’s Brian Williams asking, “Why did it [Komen] cut off funds for critical breast cancer screenings?” (although Komen grants accounted for less than a tenth of 1 percent of Planned Parenthood’s revenue).

When Komen caved and reversed its decision, ABC anchor Diane Sawyer hyped the “dramatic day for people power,” while NBC’s Lester Holt applauded the “score one for the power of social media.”

The liberal media have a bad track record covering abortion controversies. They were extremely hesitant to cover the trial of Philadelphia abortionist Kermit Gosnell.