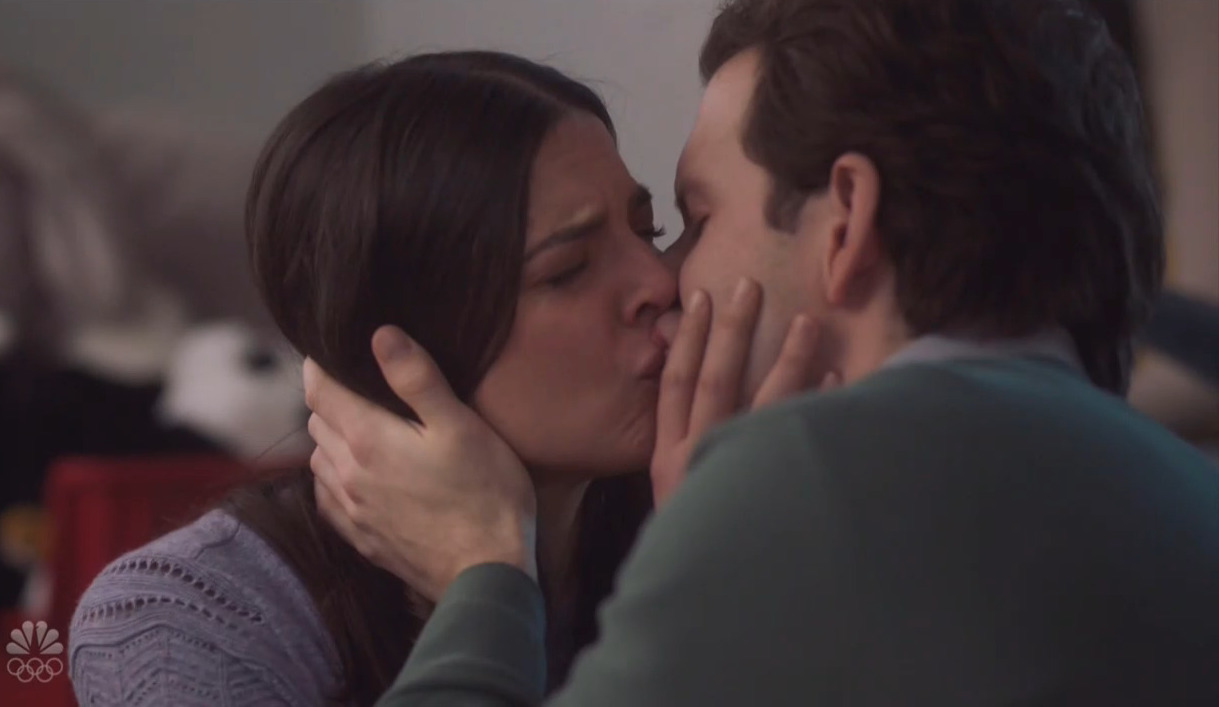 It’s sweeps week for the networks and the February 25 episode of NBC’s New Amsterdam certainly included an unusual storyline. What began as a therapy session for a young couple turned into a case of incest.

In the episode titled “Double Blind”, an engaged couple named Chris and Jenny sought counsel from Dr. Iggy Frome (Tyler Labine), the head of the psychiatry at New Amsterdam hospital. The couple is due to be married in sixteen days but experiencing a rough patch. Little did anyone see what was coming. It turns out, a DNA test that was gifted to them as a present showed the two to be half-siblings from the same sperm donor.

Dr. Frome, a gay, married man himself, is caught off guard but begins to make the best of it because he’s all about the LGBTQ "love is love" agenda. The session continues with Frome encouraging Jenny to hold Chris’s hand and reconnect with him. He wants to help them overcome this hurdle. Chris is able to move on but Jenny’s unable to do so. Who can blame her?

Iggy: I will admit that your situation is difficult. Um, but is not my job to judge whether your relationship is right or wrong. What is very apparent to me is the love between you two is very real. And if you want, worth fighting for. There is one inconvertible truth. Biological children can never be an option.

Jenny: You think kids are what we're worried about? I can't even look at him.

Iggy: Because this new information has changed the way you see him? Well, good news there. Relationships can survive change. In fact, almost all of them have to.

Iggy: No, um-- Look, I get it. But life goes on, and you adjust. Relationships adjust too, or they end. If change is insurmountable in the heart, then that's it, show's over. But that is not the case with you two. Is it? So the real question becomes: Can we change what's in your heads?

Iggy takes it up a notch and shows Jenny and Chris a copy of each of their DNA test results, which are almost identical. Then he places his own DNA test results between theirs and his look like them, too. He tells them that all humans have 98.5 percent of their DNA in common and this is meant to calm any fears of Jenny’s.

Iggy also has Jenny read her wedding vows so that she feels all warm and fuzzy again about Chris after she says, "There's nothing that you're gonna say that's gonna make me forget who Chris really is [her half-brother]."

Jenny: "As I sit here in our half-painted living room that you promised to finish, listening to the, um, Spin Doctors Album that we bought for $1.00 at a yard sale because the lady who sold it to us had no idea who they were...I can't believe how happy I am or how lucky I am... I never thought I would find somebody--Somebody who laughs at all my stupid duck jokes. Or likes my grandma's baked spaghetti. Or picks up all of our bath towels all the time. So of course I said yes when you asked me to marry you. Nobody's ever loved me like you, and I've never wanted to be with anybody..."

Iggy: Okay. Good. Jenny. Can you see that Chris? The Chris you wrote those vows for. That is the only Chris there is. And if you ever forget that, all you need to do is go back to those vows. Just like every other couple.

Iggy's tricks work and they leave his office, walking hand in hand, while another doctor deems them "adorable."

This is how it works in the politically correct, post-Obergefell world. Nothing is weird or immoral anymore. Half-siblings getting married? Sure, incest is no problem. Despite it being against the law in New York.

Who knows what else sweeps week will bring?