'The Simpsons' Labels President Trump as a Violent Boss 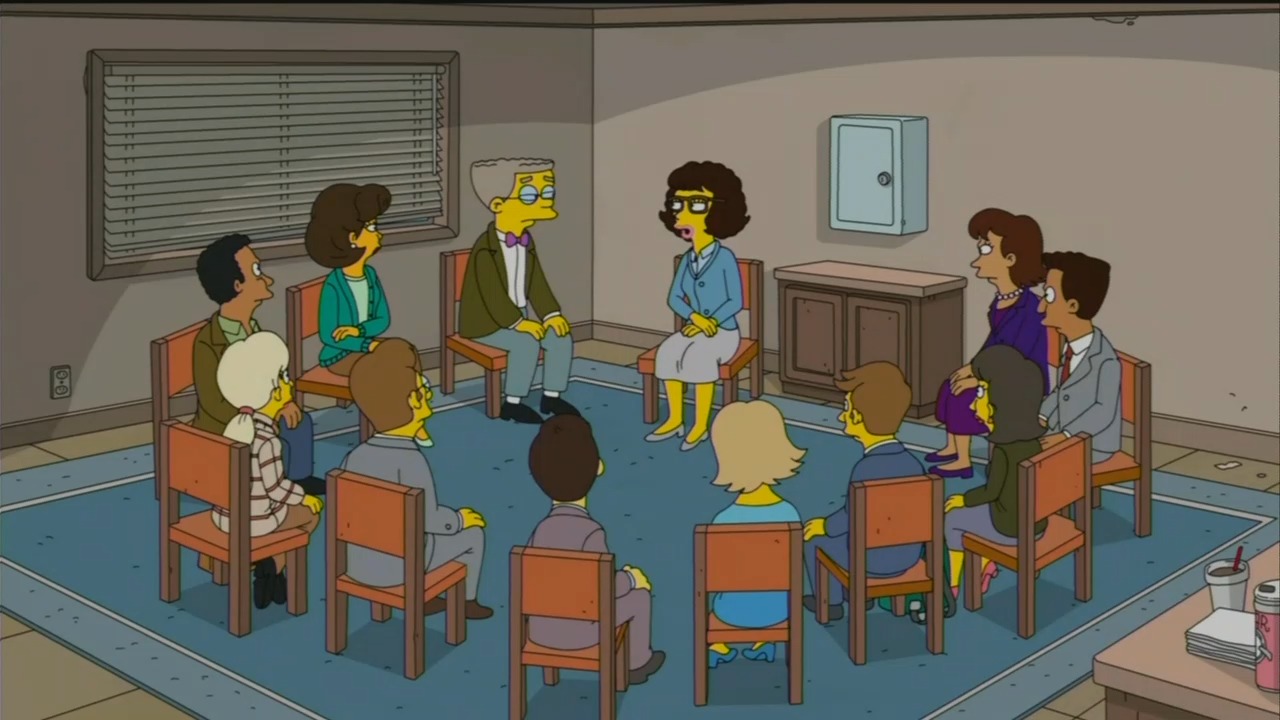 No random opening is too small for a primetime show to incorporate the name of President Trump into an episode. An example of this is seen in the February 23 episode of Fox’s The Simpsons.

In the episode titled “Frinkcoin”, Mr. Burns, Springfield’s wealthiest resident, discovers he is no longer the richest man in town. Professor Frink at Springfield University invents the Frinkcoin to compete in the cryptocurrency market. He makes a killing in the market and overtakes Burns as the wealthiest man in Springfield.

Waylon Smithers, Mr. Burns's assistant, unwittingly tells Burns that Frink is richer than him and that sends Burns into a tizzy. Smithers begins to call Burns by his first name and that makes him angry. Smithers seeks help at a therapy group filled with people who have difficult bosses - a celebrity executive assistants support group.

Therapist: Are you upset with Mr. Burns?

Smithers: Oh, the things I've done for that hollow-boned horror show! That interview he did for Vanity Fair? I wrote all his answers. Like he would ever spend a weekend in Santa Barbara. I'm the one who loves Sideways-- me!

Therapist: Does anyone have any thoughts about how Wayland can approach these feelings? You? Oh, I'm sorry. I-I don't know your name yet.

Woman: Well, I learned in dealing with Bruce Willis that-- I'm sorry! Whenever I say his name I expect a phone to be thrown at me.

Therapist: Wayland, I'm going to write you a prescription for Sychophantanyl. Take one every time you feel like saying what you really think.

Therapist: I just got a text. Anyone here who works for Mariah Carey, meet her at Soul Cycle and bring a kitten... Now!

There you go – while everyone else was naming entertainers with difficult personalities, three people named President Trump. It was a random inclusion of a political public figure among celebrity names. It’s an election year so I doubt this will be the last of such silliness.