Dr. Marci Bowers, also seen on “Caitlyn” Jenner’s reality show I Am Cait, began life in a “male body” and has performed more than 2,000 gender “affirmation” surgeries. Dr. Bowers stated that “we all start out the same” in the womb and by the age of 2 or 3 know our gender identity. “She” told Chelsea that she is “very busy” now, given the strong demand for gender reassignment surgeries. 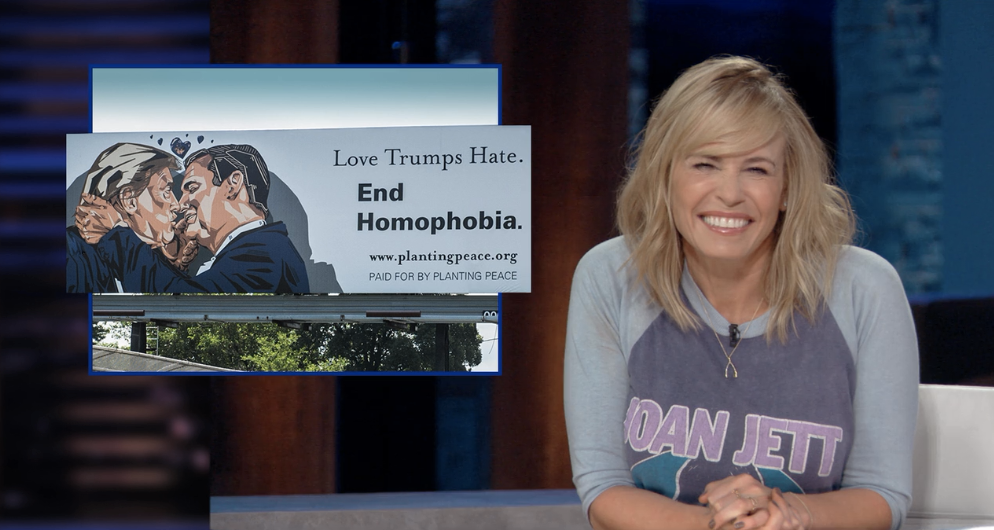 Unable to give her political commentary a rest, Chelsea wrapped up the show by praising a billboard located not far from the Republican National Convention in Cleveland put up by a gay rights organization. The billboard shows an image of Donald Trump and Ted Cruz kissing, along with the text “Love Trumps Hate. End Homophobia.” Chelsea said it shows “two giant dicks on it.” Always classy that Chelsea.

She went on to talk about a new report that finds Millennials to be the “gayest generation in history.” She finished by saying she’d like to “thank the greatest generation for storming beaches in Normandy so that we could storm the beaches of Fire Island.” Yeah, that’s about as far as American patriotism goes for lefties. How sad.