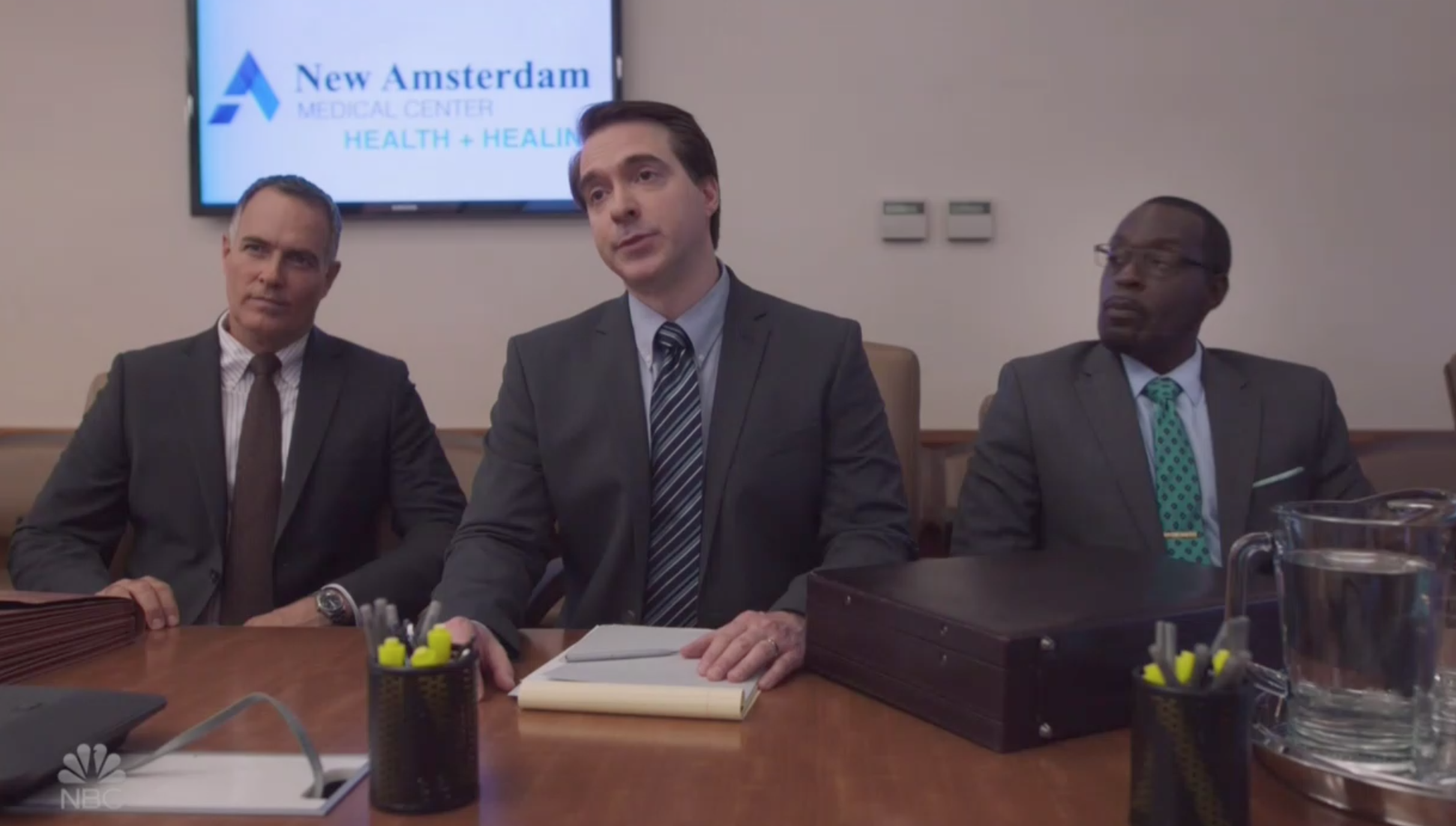 Construction worker Mr. Martinelli is admitted to the hospital with strange symptoms and the doctors eventually realize he is being poisoned by cobalt from his metal hip replacement device, in “Replacement” which aired Oct. 8.

Dr. Helen Sharpe and Martinelli confront the company, Wedlow Medical, which offers to pay for his new hip replacement, rehabilitation and lost wages.

“Yeah, no that’s not gonna work for us,” Sharpe tells them. “Because I discovered that when the FDA banned metal-on-metal hips, your company simply coated those defective hips.”

They demand a free 100 percent ceramic replacement hip for Martinelli and anyone else “suffering a malfunction of your coated devices.”

The Wedlow representative says those hips are three times as expensive and coldly tells her “we don’t have to offer your patients anything.”

“We’re in full compliance with the FDA,” he adds.

Sharpe plays hardball, telling them she’ll go on television and “expose how Wedlow Medical’s poorly designed products harm patients” and possibly take a cobalt stained container of joint fluid on with her.

“You do that and we’ll crush you with so many defamation suits you’ll never practice medicine again,” the rep tells her.

Sharpe does go on television and complains that “we’ve become guinea pigs” for medical device products that can harm and even kill people if they fail. But during a commercial break, before she exposes Wedlow by name, Dr. Goodwin texts her that the company caved and will submit to all of her demands.

Rather than blasting them on air, Sharpe redirects her ire at the FDA and calls for stronger regulation because the products are in compliance with the FDA.

“The FDA need to enact real regulations on medical devices that protect patients, not corporate profit. We need clinical trials before implanting heavy metals into our body. We need oversight. We deserve that much,” she says.