Progressive policies inevitably fail -- sometimes so spectacularly that even liberal celebrities have to wake up and take stock. 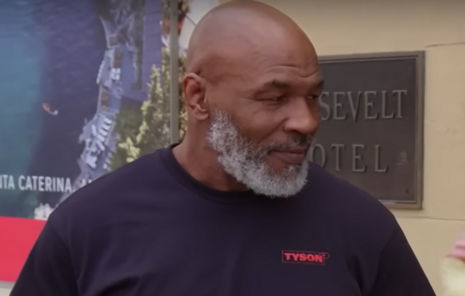 “My family gets mad, my friends get mad when we talk politics,” Tyson said. “When I was younger, I was all-out liberal. But as I get older, and I look at my children, and I see what’s out there in the world, I get a little conservative … It’s common sense, looking at the world we have now. You want safety.”

Tyson was referring to the rising crime rates in his native New York City. According to the NYPD, there were 178 gun-related crimes committed within the city in 2022 compared to 157 in 2021. He knows of what he speaks. Tyson came of age in the bad old days of 1980s New York. Anyone who remembers that era doesn't want to go back.

While crime always exists regardless of who is in the White House, there is a stark difference between how progressive and conservative politicians seek to go about addressing crime. The left thinks that defunding the police and taking away law-abiding citizens’ Second Amendment right to bear arms will stem the tide of such crimes (because we all know taking away guns prevents crafty, low-life criminals from getting firearms).

However, people like Tyson are realizing that this party’s plan to address crime has not a single shred of common sense, and are beginning to support a more logical approach on how to not only address crime, but other issues as well.

Frankly, with how much progressives have sent this country down the drain, it’s surprising it’s taken people this long to realize that.