We all know that J.K. Rowling wrote the Harry Potter series, one of the most widely acclaimed and beloved fantasy worlds ever created. But because Rowling actually has some solid beliefs on what makes a woman a woman, her legacy has been tarnished and tampered. 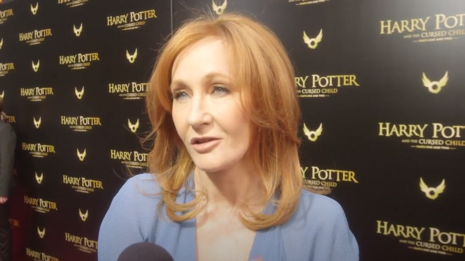 The latest consequence for her beliefs is that Quidditch, the sport Rowling invented for the Harry Potter series and that is played in over 40 leagues worldwide, will now be named “quadball.”

The International Quidditch Association (IQA), which governs nearly 600 teams over the world, Avada Kedavra-ed the original name of the highly confusing game in order to distance themselves from Rowling’s “anti-trans positions.”

“This is an important moment in our sport’s history,” said Chris Lau, chair of the IQA board of trustees. “We are confident in this step and we look forward to all the new opportunities quadball will bring.”

Major League Quidditch - which I just learned is a thing - tweeted out the announcement yesterday.

So the progressives have clearly made their stance on what they think about Rowling. But what did rowling actually say?

All the way back in 2020, Rowling criticized an op-ed piece that wanted to create “a more equal post-COVID-19 world for people who menstruate.” Because Rowling has a decent head on her shoulders in this area, she rightfully criticized that take as ridiculous.

‘People who menstruate.’ I’m sure there used to be a word for those people. Someone help me out. Wumben? Wimpund? Woomud?

Naturally, the outrage mob attacked her and her reputation for being transphobic, but Rowling has since doubled down on her take, hence the name change of the sport.

It seems as though all the progressives involved are getting way to riled up about this. But then again, what more could you expect from that side?