Yet another transgendered "female" has seized opportunities for real women to succeed at elite levels within their respective sport. 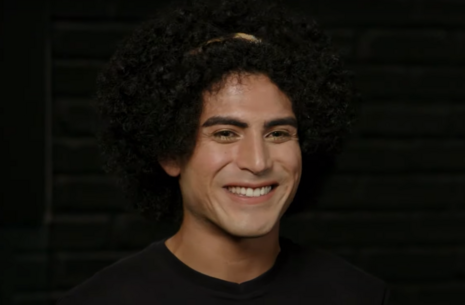 Richard Batres, who started taking hormone treatments and who is now going by the name Ricci Tres, skated in the Boardr Open competition in New York City on Saturday. Bartes, who is 29 and at least 13 years older than four of the other top-six finishers at the event, won the $500 grand prize at the event.

Because of his delusions, Batres has told his three children from his failed marriage that they are starting to refer to him as “mother,” and he has taken hormone treatments so he can feel like a woman, even though he says he knows he will never be one.

“I’ve decided that I like being pretty and cute,” Batres said. "I know I will never be a woman, because women are miraculous, they have babies and create life and do all that awesome stuff. I’ll never have that ability but I feel like I am a woman. I would have wished to be born one so I’ll try to fill that image as much as I can for myself and that pretty much involves being as cute as can be.”

But trying to “fill that image” is going to have horrendous consequences, for Batres’ family and women’s skateboarding. First, three children will not only have to live without their real mother being a steady, everyday presence in their lives, but now they have to witness their father base his life on the idea that he can change his gender because he wants.

Additionally, Ricci will now likely keep robbing women from earning results that their hard work deserves, just because they have to compete against someone who’s biology gives him an inherent advantage.

Naturally, this upset many in the skateboarding community, including Taylor Silverman, who has also lost to trans skateboarders in the past in high-level competitions.

Thankfully, Batres will not be able to make a run at qualifying for the Olympics. But the rest of women’s skating will likely have to deal with the consequences of Batres’ actions for the foreseeable future.