NHL Implores YOU to be an LGBT ALLY

The National Hockey League (NHL) was the last bastion for non-woke sports entertainment in America, but now, even they have gone completely off the deep end. 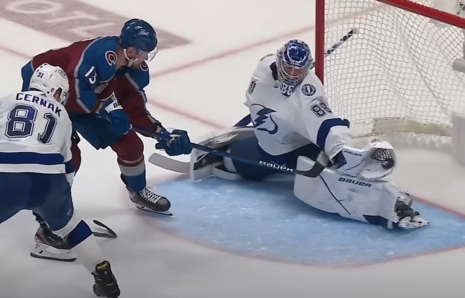 With Pride Month celebrations being over in eight days - which can't come soon enough - the NHL is using its influence to make sure that everyone continues to make LGBT members feel “safe.”

In a graphic titled “How To Be An Ally,” the NHL listed several ways to support LGBT members in their fight to be loved and supported - which they already are, but apparently not enough.

Being an ally means actively working to not only make LGBTQ+ community members feel welcome, but to support the rights and well-being of all marginalized people.

It’s funny that the tweet mentions them as a “marginalized” people, when all of corporate America, hundreds of “Christian” churches and millions of citizens support them through all the ways the graphic says to support them.

Calls to action like this fall short and mean nothing because everyone knows that the LGBT community is widely supported. Plus, who would want to support a community that belittles you if you show even a hint of what they would deem as hatred and rejection?