Unlike a lot of current NFL players and sports talking heads, former NFL wideout Antonio Brown is not on the Colin Kaepernick bandwagon. 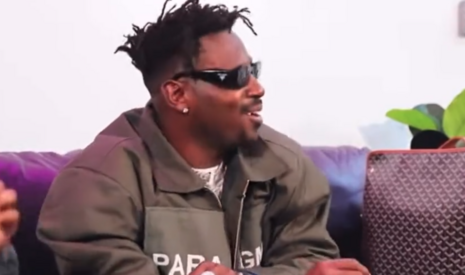 Speaking on the podcast Cigar Talk, Brown expressed anything but support for the washed up NFL wannabe that seemingly cares more about getting attention than actually getting a job.

“We ain’t respecting that, bro,” Brown said, talking about how Kaepernick complains he was cheated out of his career even though he landed a deal with Nike.

“You took the money, the commercials. We don’t see you outside. We don’t see him in the ‘hood. He don’t do nothing,” Brown insisted. “Like, we cool. But, nah, we ain’t even stand Kaepernick. He not even from the ‘hood. He haven’t even been in the trenches. We like Kaepernick and all, but we ain’t really on that. As black people, we need to get that clear."

Brown also said that it’s hard to feel sorry for someone who settled a multi-million dollar lawsuit with the NFL.

What Brown lacked in grammatical coherence within his response, he made up for in overall accuracy.

Kaepernick acts like he’s a victim of some elaborate scheme from the NFL, but most bad consequences he has suffered since his exit have been of his own doing. On top of all that, he has made millions of dollars in settlements and advertisements that have far exceeded what he likely would have earned in the twilight of his NFL career.

I have a feeling that Brown just said what most of the NFL is thinking.