The lefty freakout over Elon Musk's offer to buy Twitter for roughly $43 billion has been laugh-out-loud entertaining, but Tampa Bay Buccaneers quarterback Tom Brady put the icing on the comedy cake on April 14. 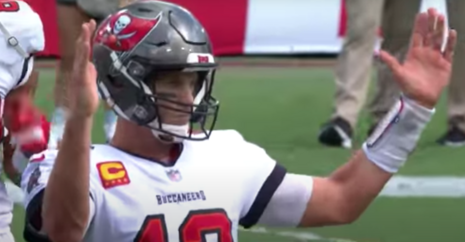 Brady is the most accomplished quarterback the game of football has ever seen, but most people didn't see potential in the University of Michigan product due to his lack of physical attributes, which was famously captured in a photo from the 2000 NFL Combine.

This photo has been used in countless memes and GIFs over social media's existence, and because it is not an especially flattering image, Brady wants it taken down - by Elon Musk.

Brady Tweeted out that he wants Musk to take down the famous photo should the billionaire end up buying Twitter.

Unfortunately for Brady, the rest of the Twitterverse does not want that photo to disappear anytime soon.

Sorry Brady, looks like you won't be able to get everything that you want.