The transgender craze is a “social contagion,” according to a new report called "The Transgender Leviathan" from the American Principles Project Foundation (APPF). 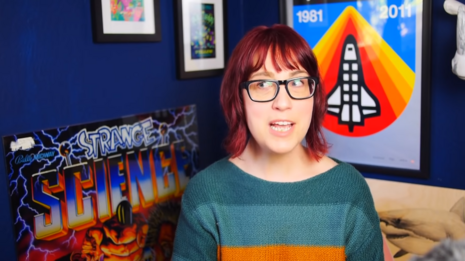 Its stated goal is “to provide a consolidated analysis and understanding of transgenderism with the hope that Americans will do as they have done time and time again in times of cultural crises — to choose the good, to continue to advance human flourishing, and to protect the dignity of the human person.”

The report made clear that so much of this phenomenon is due to misinformation propagated by the mainstream media.

A tragic example was a study by the Karolinska in Sweden and the Yale School of Public Health that the American Journal of Psychiatry (AJP) published in October of 2019, which “initially claimed ‘gender-affirming’ surgeries are associated with improved mental health outcomes.”

Since it was such a positive result, “Reuters, ABC News, and the whole host of mass media helped popularize its findings.”

If there were a negative result, the mainstream media likely would not have covered it.

Similarly, the study’s findings were promoted by “The Association of Schools and Programs of Public Health, which bills itself as the ‘voice of academic public health, representing schools and programs accredited by the Council on Education for Public Health (CEPH).’”

Unfortunately, it was too good to be true: “Nine months after the study’s publication, serious concerns raised by researchers and scientists over methodology forced the AJP to request an independent statistical review of the data.”

The reanalysis revealed that the surgery did not cause any improvements in mental health outcomes, and the AJP had to update its original conclusion, stating there was “no advantage of surgery in relation to subsequent mood or anxiety disorder-related health care visits or prescriptions or hospitalizations following suicide attempts.”

According to APPF’s report, in the time that lapsed before the AJP’s conclusion was corrected, “several medical journals had already cited and promulgated the study’s initial conclusion.”

Yikes! Perhaps they should not have rushed to cite and promulgate something so consequential before a thorough audit.

Surgery is not the only “gender-affirming” care for transgender people. Doctors also give them puberty blockers and cross-sex hormones. Sadly, a recent study published by the Heritage Foundation found that increased access to them has “increased suicide rates among some young people.”

It seems like it should have been common sense that messing with hormones may have devastating impacts.

In a sane society, these drastically dangerous gender-affirming measures would be halted. Or at least their severe effects would be exposed to the public so they can make more informed decisions.

But once a narrative is established and there is so much incentive to maintain it (read the report to find out about all the money involved), it is difficult to change.

As much as powerful forces attempt to prevent it, the truth will come out. One example given in the report is the Libs of Tik Tok Twitter account.

Hopefully, this report achieves its goal. If Americans understand this issue, they will do the right thing, regardless of media malpractice.