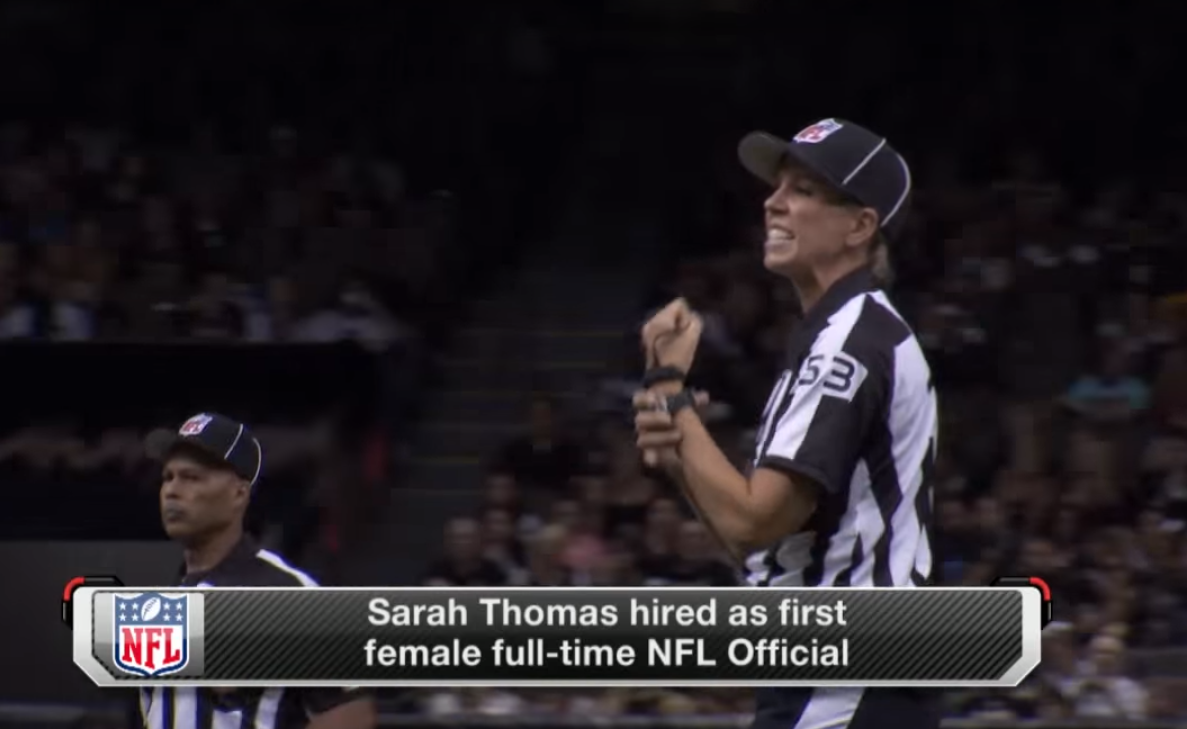 Women have started to make a mark recently as refs and umpires in sports, especially Sarah Thomas who made it in the news back in 2015 for being the first female ref hired by the NFL. But, stressed de la Cretaz, “the attire isn’t quite catching up.”

Based on the testimonies of refs like Kitty Grubb and Ila Valcarcel, de la Cretaz observed that many sportswear companies “didn’t provide much clothing in women’s sizes” and that women like Grubb “tried to have her referee clothing tailored to fit,” though this does cost a fair amount.

This is apparently a “widespread problem,” and, as the magazine observed, “if a woman doesn’t look as polished as the men on her officiating team, she can immediately appear out of place—a perception women are already trying to shake.”

Is it a difficulty for women referees? Sure. But is this “gender discrimination” or a function of the market? De la Cretaz admitted that “the fields with limited clothing choices for women … tend to be ones in which women are underrepresented,” and even went on to say, “for many apparel companies, it doesn’t make business sense to carry items that don’t seem likely to sell well.” So it’s not sexism. Why push it as an issue?

The media often forget  – or, in their hunt for bad guys, ignore – that whatever “ism” they happen to be fired up about may really be a question of economics or the intricacies of whatever sphere they’re poking their noses into. The media freaked out earlier this year about how the Forbes list of the 100 top-paid athletes did not have any women. They failed to process the basic monetary facts involved like viewership numbers and team revenue.

Women’s rights issues are like a mirage in the desert for the media. They’re parched for ideas and will dive straight into anything that superficially looks promising.