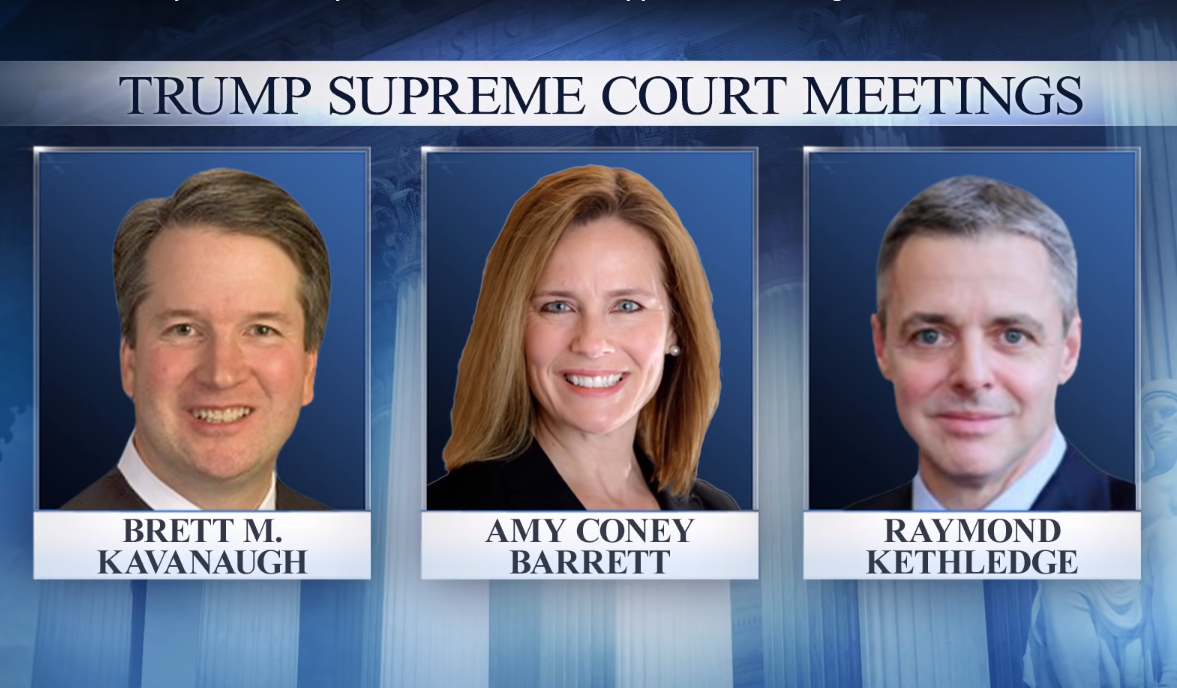 As part of their ongoing panic attack over Justice Kennedy’s resignation, the media has now fallen to ridiculing Trump’s selection process as a means of coping with their stress and anxiety.

In a New York magazine article published on July 5th, senior editor Margaret Hartmann wrote about “how important appearance is to [President Trump’s] hiring process,” and commented on how looks and “superficial” qualities will play an essential part in Trump’s decision concerning his SCOTUS nominee.

“Most of the the hard work was already done months ago by the Federalist Society,” wrote Hartmann, and so really Trump doesn’t need to make any informed decision of his own. “There’s no risk of him picking a judge who’s great-looking but ideologically horrifying to his base,” and so the president will most likely put on his “beauty pageant” hat to choose among his final three candidates, Kavanaugh, Barrett, and Kethledge.

The sort of things Trump will supposedly be looking for are good pictures, anecdotes, and family connections. For example the fact that Kavanaugh went to Yale and looks “all-American” is check mark in the president’s book. Though his wife’s connections to the Bush family do not look great for Trump’s anti-establishment ideals.

Regarding the other two, Barrett’s youthful telegenic personality and Kethledge’s “passion for hunting and fishing,” are aspects of their appearances that will aid them in the selection process. According to The Washington Post “with seven children, [Barrett] has the kind of family you want sitting behind you during tense confirmation hearings.” Kethledge, however, has a personal chemistry with Trump that might just give him the nomination.

Something in common with all three of these candidates, they are not minorities. That is in contrast Amul Thapar who allegedly did not make the final cut because his Indian heritage did not fit the expected image.

What are Hartmann’s reasons for making all these claims (besides the classic liberal drive to make any possible accusation against Trump)? Well, the president has a tendency to use the phrase “central casting” and likes to compliment his nominees on their looks. Also a republican “close to the White House” mentioned that the image of the candidate would be important to Trump. This, according to Hartmann, is all damning evidence proving that Trump is a shallow fool who only cares about looks and social status

Though Hartmann accused Trump of being superficial, her own article showed how her insight barely scratched the surface.